The House of Representatives has expressed anger over $120 million 22 cargo scanners purchased by the Federal Government but were mishandled after take over by the Nigeria Customs Service (NCS) from service providers. 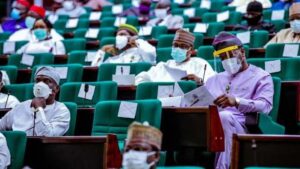 The Speaker of the House of Representatives, Rep. Femi Gbajabiamila, expressed the displeasure at a one-day public hearing by the House Committee on Customs and Excise on Monday in Abuja.

A total of 22 scanners were said to have stopped functioning within a year they were handed over to Customs by the service providers.

The public hearing was sequel to a resolution on the “need to investigate lack of transparency in the transfer of Technical know-how from Cotecna Destination Inspection Ltd and Global Scan Systems Ltd.

Gbajabiamila said this led to the collapse of the multimillion dollars scanners at Nigeria’s Ports and Border stations.

He recalled that “in 2006, Nigeria acquired cargo scanners worth more than US$120 million, and retained the service providers on Build, Own, Operate and Transfer (BOOT) terms”.

He stated that the contract also provided that the service providers would provide training and technical support services to NCS on risk management, valuation and classification.

According to him, by the end of 2013, the transition process from COTECNA, SGS Scanning Nigeria Ltd, and Global Scan Systems Nigeria Ltd, the former service providers, was completed and the scanners handed over to the NCS.

He added that within a year of the handover, the scanners had stopped functioning and Nigerian ports and borders were again returned to the analogue process of physical examination.

The scanners were handed over to the Customs on December 1, 2013.

The Speaker further recalled that the contract also provided that the service providers would offer training and technical support services to the Nigeria Customs Service on risk management, valuation and classification.

He said, “By the end of 2013, the transition process from COTECNA, SGS Scanning Nigeria Limited and Global Scan Systems Nigeria Limited, the former service providers, was completed and the scanners handed over to the Nigeria Customs Service.

“However, within a year of the handover, the scanners had stopped functioning and Nigerian ports and borders were once again returned to the analogue process of physical examination.

“Our purpose here today is to ascertain what happened to those machines, and to determine why despite the massive investments in the sector, we did not achieve the modernisation objectives that motivated the investment.”

The Minister of Finance, Budget and National Planning, Zainab Ahmed, however, blamed the development on lack of spare parts for the repairs of the scanners, saying that the Federal Government was already making arrangements to buy new scanners for the NSC.

A representative of Smith Detection, manufacturers of the scanners, Manoj Jagtiani, however, faulted the ministry, arguing that spare parts for the scanners were very much available and that the majority of the scanners could be repaired and made functional.

Also speaking, the Chairman of the Committee, Rep. Leke Abejide, said it was disturbing that the Federal Government was not keen about taking serious action on scanners across Nigerian ports, Airports and Land borders.

He said that most arms and ammunitions came directly through the approved borders, Sea ports and Airports without detection by security operatives.

He added that it was easy to go undetected because scanners that should detect the arms and ammunitions were nonfunctional and left to decay.

Mr Manoj Jagtiani, the Chief Executive Officer, Merry Aviation Electronics, said that the company was involved in the management and supply of the scanners.

He said that when the scanners were handed over to the NCS, it made every effort to reach out to Customs in a bid to proffer solution on how the scanners could be managed, but its efforts proved abortive.

According to him, the machines are the most effective, reliable and efficient equipment required to tackle congestion at the ports and to make Customs job more efficient.

He said that it was the biggest investment by the federal government to the tune of $120 million in 2006.

He added that the NCS refused to pay the money which service were not provided, hence, the service providers backed off from providing the needed support to maintain the scanners.

He said that though the equipment provided by the manufacturers worked perfectly but there were no diesel to run the generators, adding that this led to the decay.

He said that the Central Bank of Nigeria (CBN) promised to provide for scanners but customs approached the CBN to also help repair the 22 scanners before buying the additional four.

Rep. Timehin Adelegbe (APC-Ondo) however noted that if 22 scanners could get damaged and were nor repaired, then the issue of saboteurs should not be ruled out.

He said that it was worrisome that after 22 scanners were damaged the country still want to buy another four without consideration for the existing 22 scanners.