The Spokesperson of the Nigeria Customs Service (NCS), Comptroller Timi Bomodi, has been redeployed from the Headquarters Abuja to head the Kirikiri Lighter Terminal Lagos. 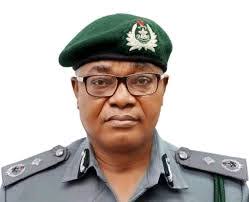 The spokesperson confirmed his redeployment in an interview with the News Agency of Nigeria(NAN) in Abuja on Saturday.

He said other officers were equally redeployed to different commands.

Bomodi expressed his determination to work toward the enhancement of the service in his new posting.

He, however, said he would still continue to work as the spokesperson of the service, pending his official handover.

On release of the posting list, Bomodi said, “individual area controllers will announce their arrival”.

Bomodi was promoted from the rank of Deputy Comptroller to Comptroller.

The reshuffling of senior officers is coming, after the appointment of three Assistant Comptrollers-General of Customs (ACGs) and promotion of 1, 490 senior officers and support staff including Bomodi.

NAN further reports that the Comptroller-General of the NCS, retired Col. Hameed Ali, had on Jan. 19, announced approval of appointment and redeployment of some management members.

He said the approval followed the statutory retirement of some members of management team of the service.

He said the appointment and redeployment of the new management members was to enhance strategic and effective service delivery.

The NCS is a government agency responsible for collection of customs revenue, facilitation of national and international trade and anti-smuggling activities.

It is supervised by the Ministry of Finance.