Troops of Operation Delta Safe have in the last three weeks, uncovered and destroyed several illegal refining sites and apprehended 19 suspects in the Niger Delta region. 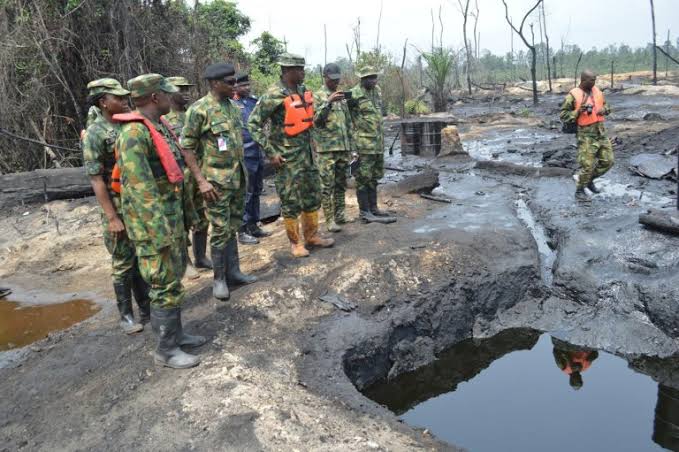 The Director, Defence Media Operations, Maj.-Gen. Musa Danmadami, made this known in Abuja while briefing newsmen on the operations of the military across the country.

He said the troops, in the conduct of Operation Octopus Grip and other operations, discovered and destroyed several illegal refining sites, equipments and petroleum products and apprehended some suspected criminals.

“All recovered items and apprehended suspects have been handed over to the appropriate authority for further action.

“It is worth mentioning that the sum of N810.9 million only were denied the oil thieves,” he said.

In the South East, he said troops and other security agencies had sustained their offensive against the outlawed Indigenous People of Biafra/Eastern Security Network criminals.