Nigeria’s oil production outlook is under tremendous pressure, as technical and operational issues along with mounting security concerns are likely to persist over the short term, industry sources and analysts said Nov. 22. 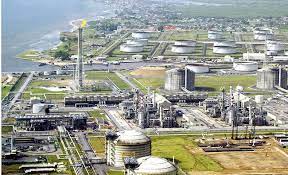 Many of the country’s key oil fields, terminals and facilities have benefit simultaneously experiencing teething problems and a recent resurgence in attacks on Nigeria’s oil facilities have exacerbated the situation.

“Nigeria may drop further in status as Africa’s biggest producer if the government does not urgently address the situation,” Abiodun Adesanya, the CEO of Lagos-based oil consultancy Degeconek told S&P Global Platts. “Already the country has fallen behind Libya in terms of output.”

Nigeria has the capacity to pump around 2.2 million b/d of crude and condensate but in recent months, its output has been languishing below 1.55 million b/d.

The OPEC member only pumped 1.23 million b/d of crude and 300,000 b/d of condensate last month, according to its official data, as it remains hamstrung by operational setbacks, with key pipelines facing persistent sabotage.

Platts Analytics said due to “disruptions, declines, and under investment” Nigeria’s output growth outlook is under a lot of stress.

Bonny Light, Escravos and Forcados have all faced production issues in 2021, while the output of other key grades, such as, Qua Iboe, Brass River, Agbami, Akpo and Egina, has also remained consistently low this year.

The country’s production is expected to recover to 1.8 million b/d by the end of 2021, the head of state-owned Nigerian National Petroleum Corp. said Nov. 22. But some doubts linger whether it could be achieved so soon.

According to Platts Analytics, Nigerian crude output is unlikely to achieve the January-April 2020 average of 1.9 million b/d for a while, as ongoing field and pipeline issues will keep its production much below its OPEC quota. It forecasts supply to rebound to 1.55 million b/d by December and 1.70 million by April 2022.

Rising cases of sabotage of pipelines and oil wells by locals pose a serious threat to Nigeria’s bid to ramp up production.

Crude loadings of Bonny Light, one of the country’s most popular export crude grades, have been on force majeure since late-October due to pipeline closures.

“Oil production in Nigeria is being hampered largely by insecurity, sabotage and pipeline vandalism but the government is committed to addressing the issues” Gbenga Komolafe, chief executive officer of the Nigerian Upstream Petroleum Regulatory Commission, said at an industry event Nov. 20.

A new wave of security threats in Nigeria has emerged that could further dent Nigeria’s production.

Read Also:  Why We Can’t Force Down Price Of Cooking Gas – FG

A self-styled militant group in the Niger Delta, Bayan-Men, said in a statement Nov. 21 that it blew up an onshore oil production facility by Eni to force the Italian firm provide social amenities and jobs for the locals in Omoku community in the southern Rivers state.

“The action was because Agip has refused to allow the people to benefit from their operation in the area,” the group said. “More are still coming if Agip does not engage directly with the communities of Omoku and give them what is due them.”

Eni was not immediately available for comment on the incident.

The attack on the Eni’s facility was the second major incident in the eastern division of the restive Niger Delta region in less than two weeks, following attacks on oil pipeline operated by indigenous producer Aiteo Eastern E&P.

Aiteo reported a major oil spill Nov. 5 at Oil Mining License 29 near Nembe Creek in Nigeria’s Bayelsa State. This spill has still not been put out, and international help is being sought to control the leak.

The reason for the spill is not yet known but the company says it cannot rule out oil theft and sabotage as a cause.