As the three-day warning strike reached its second day, the Nigeria Union of Railway Workers (NURW), has vowed to continue its strike until it has clear and convincing reasons to suspend the strike. 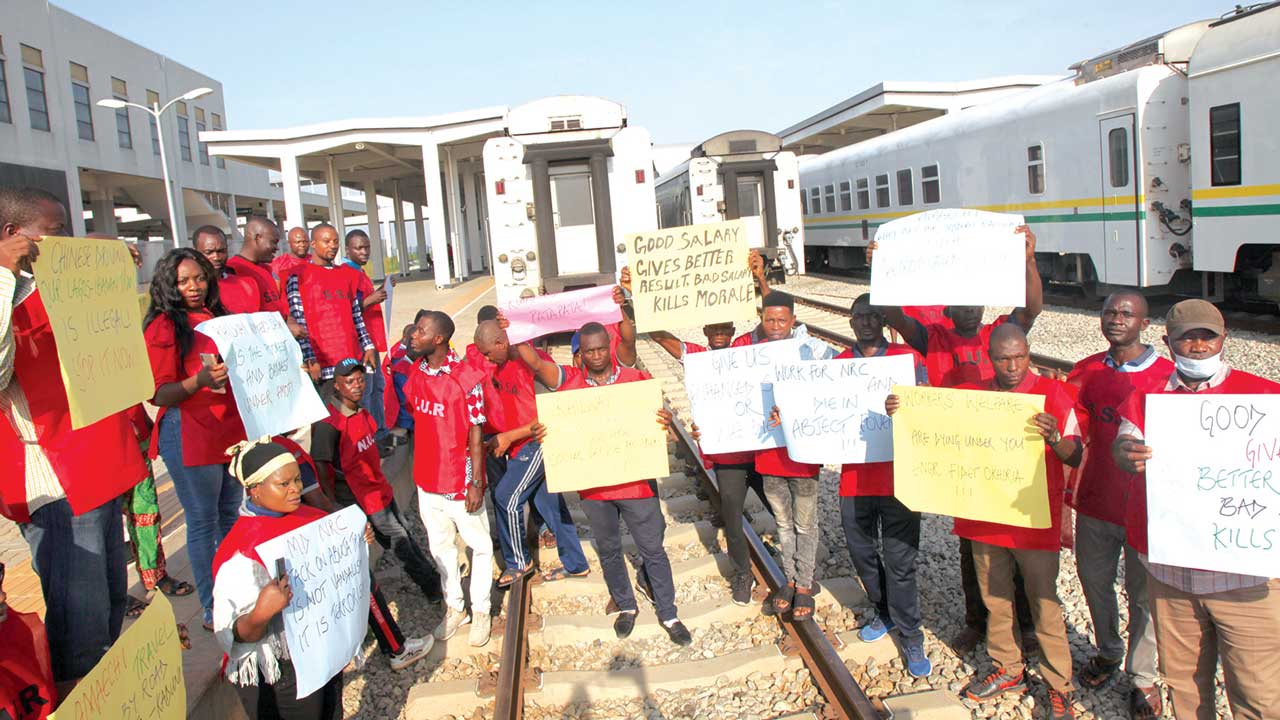 The President, NURW, Mr Innocent Ajiji, however, told the News Agency of Nigeria (NAN) on Friday in Lagos that the union is willing to negotiate with the management of the Nigeria Railway Corporation.

“If the time we gave to government lapses without them doing anything, then we will embark on total strike,” he said.

NAN reports that the railway workers had on Nov. 18 commenced a three-day nationwide warning strike which paralysed activities at railway stations across the country.

Some of their demands include demand for rents to the occupants of the demolished quarters at Alagomeji Loco area beyond one year rent given them in 2018 when their quarters were demolished for the construction of Lagos-Ibadan standard gauge railway.

Among others are the non-payment of promotion arrears for 2018, 2019, 2020 and 2021; report of skipped and unpaid monthly salaries of some workers, especially those who were employed in 2019.