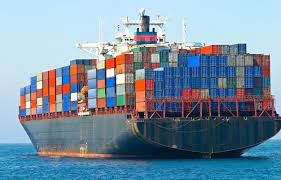 The shipping ports are in Calabar, Onne and Warri, of the three respective states.

The Patron of STPAON, Mr Kenneth Nwulu, made the pledge at the inauguration of Executives of STPAON Onne Port Chapter in Onne, Rivers on Friday.

He said the opening of STPAON’s chapter in Onne port was targeted towards ensuring full shipping activities return to the ports in the eastern zone.

“We want all the ports in the Eastern zone to become functional especially as Calabar and Warri ports have been lying fallow for several years without use.

“So, we are here to bring the Federal Government’s attention to the known constraints, with focus to resolving them and drawing huge traffic to Calabar, Onne and Warri ports,” he said.

Nwulu said the group would provide an administrative framework at the STPAON branch at Onne port, to enable stakeholders’ key into the vision of the association.

He said the association was concerned over the decaying infrastructure of the 105-years-old Port Harcourt port and sued the Federal Government to rehabilitate the port.

“We are worried about the safety condition of the port, and as such, call on the Federal Government to immediately commence rehabilitation of the Port Harcourt port.

“Similarly, we call on the government to urgently commence rehabilitation of the other eastern ports, to make trade easy for local and international traders,” he added.

The President of STPAON, Isreal Oyina said the association was also planning to open its branches at Calabar, Warri and Lagos ports.

According to him, the opening of STPAON at Onne port meant that members now have a union that would protect their lawful activities at the port.

“The association will ensure that some of the known anomalies in the industry would be corrected and done the right way,” Oyina noted.

On his part, Mr Kazeem Adebisi, the President of STPAON in Onne Port, said the newly inaugurated executives would immediately swing into action to improve ease of doing business at the port.

Adebisi said that members would bring up programmes to ensure consignees, ship owners and charterers become confident in doing business at the port.

“This is because the more export business we do at the Onne port, the more it becomes beneficial to the nation’s economy,” he said.