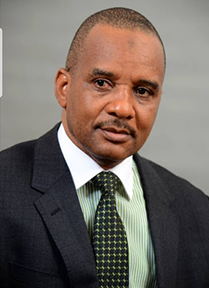 Stakeholders in the nation’s maritime industry who spoke to our correspondent over the weekend noted that the cumbersome process it takes in confirming the genuineness of the certificate of Competence by NIMASA, may have also added to the plethora of reasons Nigerian seafarers are not employed.

They informed that the analog way of confirming a seafarer CoC makes things difficult for shipowners who do not have the luxury of time to waste when employing a seafarer.

They argued that indigenous shipowners prefer going foreign seafarers from another country with a seamless process of certificate confirmation.

Speaking to Shipping Position Daily, the former President of Nigeria Indigenous Shipowners Association (NISA) Mr. Aminu Umar lamented the cumbersome process of confirming the CoC of a seafarer in the country while urging NIMASA to make the process seamless for shipowners.

According to him, “For other countries, you can go to their maritime agency website and confirm the genuineness and validity of those certificates, why for Nigeria such a system is still not available. Its difficult because you have to write and deliver in person and then NIMASA will then have to take their time and also answer you in a hard copy.

“when you compare it to a person who goes on website to confirm the validity and then print out the confirmation, so when you compared that to the one you will have to submit the hardcopy and then wait again for some days before you get the validation, you will see that one is simpler than the other, and with that there is delay and whenever there is delay there is a gap and then affects the seafarer,” he said.

Also speaking the immediate past President of the Nigerian Merchant Navy Officers and Water Transport Senior Staff Association (NMNOWTSSA), Engr. Matthew Alalade also noted that the process of confirming the genuineness of the seafarer’s certificates with the agency is cumbersome.

He also alleged that aside from the process of confirmation of seafarers CoC, other processes of registration on the company website are cumbersome and tiring.

According to him, “I want to believe so, if shipowners find it difficult to confirm a CoC, then it’s true, things are cumbersome and I don’t know why it is like that. Even, the process of registering on the website is cumbersome, NIMASA needs to work on this and make things simpler and easier for us” he said.

However on his part Capt. Taiwo Akinpelumi, a ship-owner disagrees that the process is cumbersome stating the process of confirmation has in no way added to the unemployment woes of seafarers in the country.

He noted that reasons why we have numbers of seafarers’ unemployed cannot be put on one person, stating that the blame is like a tripod stand that goes to the shipowners, the seafarers themselves and the agency responsible for the seafarers.

He stressed that issues such as training, competency, attitude among others things are reasons behind why some Nigeria seafarers are unemployed.