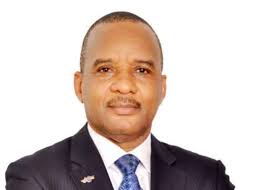 Established in 2012 in Warri South Local Government of Delta State, the NSTC was designed to be a demonstration secondary school NMU under the Nigerian Seafarers Development Programme NSDP as graduates from the school would be admitted directly into the maritime university but the school was shut few years after.

Part of the curricular of the NSTC was that every student was made to choose a trade subject comprising Nautical Science, Marine Engineering, Computer Science/Engineering and Transport Management, among several others, which were designed in line with the courses offered at the maritime university to enhance seamless admission into the NMU.

The DG, who made this disclosure during a recent chat with maritime journalists in Lagos, noted that he was excited when he discovered that the structures and facilities at the NSTC were of very high standards and thus resolved that such facilities and structures built with tax payers’ money would not be allowed to waste.

He noted that his first attempt at putting the school to use was to write the Delta State Government to take over the school since the running of a school was not part of main specialty areas of NIMASA, adding the Ministry of Education of the state would be in a better position to put the school to optimum use.

He however regretted that till date, he has not received any response from the government whether in the positive or negative, a development that made him to take the second action, which was to dispatch a delegation of procurement officers of the agency, who came with the report that the college had quality facilities and structures, which excited him.

The DG, who also disclosed that the agency has paid off all contractors’ outstanding debts, assured that the structures in the school comprising lecture theatres, classroom blocks, college halls, cafeteria, staff quarters, offices, inner roads and a swimming pool, among several others, which are more than 90per cent completed would all be fully completed and handed to the university, which is also funded by the agency.

“We’re doing everything possible to ensure that the structures and facilities at the NSTC, Okoloba do not continue to lie in waste. We initially wrote the Delta State Government to take over the school since it is not within our core area of speciality and five months ago, when I did not get any response from Delta State, I sent delegates to the school and I was excited at the report they gave on the facilities in the school and so we will not allow such structures and facilities to waste.

“I engaged the procurement unit of the agency and we have cleared all outstanding obligations to the contractors. We will complete all the projects and either turn it to a skill acquisition centre or we convert it to a campus of the Maritime University, Okerenkoko, you also know we provide funding for the university but we must not allow it to waste”, Dr Jamoh assured.

Recall that the school had graduated the first three sets of students under the Secondary School Certificate Examination SSCE but was shut in 2016, having graduated the first three sets, as it could not admit more students when the then ruling Peoples Democratic Party PDP government, under which the project started lost the presidential election to the currently ruling All Progressives Congress APC.

Culled from Business and Transport