The Association of Nigeria Licensed Customs Agents (ANLCA) has stressed the need to emphasize ‘returnable samples’ in the new Customs law currently being processed at the National Assembly. 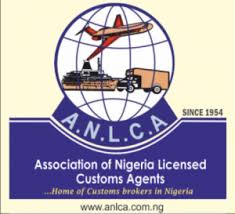 The Vice President of ANLCA, Dr. Kayode Farinto made this observation while engaging journalists at the ANLCA National Secretariat, on Monday

He said: “We have got to a situation where every unit of Customs would like to pick samples of goods being cleared from the ports. For example, Valuation, CIU, the man that eventually does the releasing has a unit and the DC Enforcement also has one; by the time the consignment is released we are delivering two-third of the container or half of the container. Over seven units of Customs collect samples and this affects the importer’s investment.”

“We are saying that once a Customs officer picks a sample during the examination, it should be described as ‘returnable samples’, so that we can end the unpalatable trend which sees an importer’s consignment shared like he is ‘Father Christmas’.”

Farinto also stressed the need for a practicing freight forwarder to represent the Council for the Regulation of Freight Forwarding in Nigeria (CRFFN) on the Governing Board of Nigeria Customs Service (NCS).

“We looked at the CRFFN Governing Council which comprises over 30 members. 17 members are appointed from the Federal Ministry of Transport, Finance Ministry and other government appointees and chambers of commerce. So, if CRFFN would have to select two members as representatives on the Customs board, we are saying that these representatives should be practicing freight forwarders,” he said.

Also speaking at the meeting, the Vice Chairman of the Taiwo Afolabi-led ANLCA BoT, Prince Ozor Chukwura informed that its factional board remains the authentic board of the Association of Nigeria Licensed Customs Agents (ANLCA).

“There is no ambiguity as to whether we remain members of the board and I don’t know why some people should at this level and age parade themselves as members of the board, because we remain the current members of ANLCA board, today is our turn on a single term tenure after six years we will pass out and tomorrow we will have another set. Before there used to be renewal but our NEC took a decision at the last AGM that it should be a single term tenure”

Chukwura also encouraged ANLCA members not to be perturbed by the activities of the expelled ANLCA members who have continued to see themselves as BoT members of the association.

He, however, expressed optimism that the current board would soon obtain its certificate from the Corporate Affairs Commission (CAC).

Also speaking at the press conference, the National Secretary of ANLCA, Mr. Babatunde Mukaila explained that CAC documents given to the previous BoT members has been withdrawn following their expulsion from the association.

Mukaila also posited that CAC registration isn’t a hindrance to the ANLCA BoT’s activities, adding that it only provides for a legal backing to sue and be sued.