The Badagry Chamber of Commerce, Industry, Mines and Agriculture (BACCIMA) has urged the Federal Government to intervene over the trans-border regulations enacted by Benin Republic Government on importation and exportation activities on its territory. 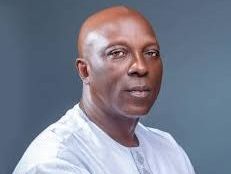 The President of the Chamber, Alhaji Fatai Shokunbi made the appeal in a statement on Wednesday, in Badagry, saying that the trans-border trade registration was affecting the business relationship between the two countries.

He observed that the ECOWAS Trade Liberalisation scheme had no effect on the business relationship between the two countries as Benin Republic had imposed a huge levy on imports and exports transiting the country to Nigeria.

“Benin Republic’s action is undermining the ECOWAS Trade Liberalisation Scheme (ETLS) aimed at ensuring free movement of originating products without the payment of custom duties and taxes of equivalent effect on importation into ECOWAS Member States.

“The Benin Republic regulation, which imposes the payment of a sum of N9 million on importation and N6.5million on exportation, through the country to Nigeria and other countries, is a negation of the ETLS as a result of the huge disparity in their dealings with other countries.

“This is contrary to the ₦400,000 to Niger Republic on the same category of importation. The act is unfriendly to business relationship between both countries,” he said.

Shokunbi said that the regulation was also affecting the landing cost at the border in Nigeria comparable to Apapa port and others.

According to him, the hike in duties imposed on third-party transits had adverse implications for Nigerian businesses.

“The presence of multiple and often times illegal security checkpoints on the Lagos-Badagry expressway, leading to and from the Seme Border with Benin Republic, is another militating factor on business activities in the region.

“This unhealthy development has consequential effect on the free-flow of business activities, especially in the border communities.

“The Federal Government is, therefore, implored to wade into the matter to salvage the plight of the business community, especially the people at the border areas, from the looming danger that the trade regulations pose on business relations between both countries.

“Furthermore, we are imploring the FG, especially the Inspector General of Police to take drastic measures in curbing the excesses of police officers who mount unauthorized road blocks on the highway, especially from Agbara to Seme section of the Lagos-Badagry expressway.

“This will curb unwanted delays usually caused in the transportation of products through the expressway.

“Also, since there is a lift on the border closure; we urge the Federal Government to reconsider allowing the importation of cars into the country through the Seme border.

“This will help to create employment for the youths; discourage youth restiveness in the border areas, as well as generate income for the country, while reducing smuggling,” Shokunbi said.