The Association of Distributors and Transporters of Petroleum Products (ADITOP) has said high cost of Automotive Gas Oil (AGO) used by petroleum tankers and low freight rate are responsible for current fuel scarcity in the FCT. 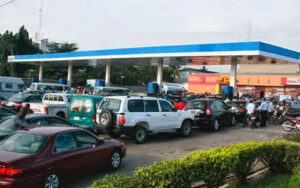 The AGO, popularly called diesel, is currently being sold at N700 per litre against N290 per litre it was previously sold.

There was a sudden appearance of fuel queues in Abuja on Sunday which has lingered as a result of scarcity of Premium Motor Spirit (PMS), popularly known as fuel in parts of Abuja.

The Nigerian National Petroleum Company Limited (NNPC Ltd.) had said that the sudden scarcity was caused by low load-outs due to recent long holidays and increased fuel purchases usually common with returning residents of the FCT from holidays.

The NNPC Ltd. had sufficient PMS in Lagos depot but petrol tankers and marketers lacked diesel to fuel their trucks to bring the products, which resulted in the shortage of fuel being experienced now.

He said that the transporters were at loss and could not maintain their trucks by fuelling their tankers with such high cost of diesel.

He said due to the current development, transporters and tanker owners were finding it difficult to fuel their trucks to transport PMS to various parts of the country.

Danzaki noted that the PMS was available at the Lagos depot.

“My truck that is loading from Lagos to Suleja, Niger State depot, will consume 800 litres of diesel to run from Lagos to bring petroleum products to Abuja but because of the high price, the truck cannot operate.

“It is also similar to the Aviation fuel called Jet A1, the price is very high currently, and that is why that sector is experiencing difficulty to operate.

“The refineries are not working, so the government relies on importing diesel and petrol.

“If the refineries are working, we can get PMS from the Kaduna refinery at a cheaper rate than going to Lagos to transport the product,” he said.

The ADITOP boss explained that the high cost of AGO was as a result of the global oil distortion being experienced due to the Ukraine and Russia crisis.

He listed the devaluation of naira as another factor contributing to the high cost and shortage of diesel, which was a deregulated product.

“The marketers who are importing the diesel are getting their dollars from black market, so they are buying it at high price and the price of crude has gone up, so they buy the refined one at a high rate.

“The NNPC has to import in abundance and give us an affordable quantity of diesel to fuel our tankers, and then we will bring petrol from Lagos to any part of the nation.

“This scarcity started in Abuja because Abuja consumes a lot of fuel more than any other state.

“The four towns that consume fuel a lot are Abuja, Port Harcourt, Lagos and Kano.

“Abuja is facing this problem because a lot of fuel is being pushed to Abuja because of high demand, that is why you see queues of almost two kilometres in fuel stations,” he added.

He appealed to the Nigerian Midstream and Downstream Petroleum Regulatory Authority (NMDPRA), an agency responsible to handle price templates of petroleum products, to adjust the price of AGO to the freight being paid by the government as an equalisation fund.

“The NMDPRA does not increase our freight rate and the AGO being used to transport other petroleum products has gone up in price, so there is no gain at all in the business.

“In order to solve this scarcity, the government must intervene in two ways, either to increase the freight rate being given to petroleum transporters according to the distance or give the diesel at an affordable price,” he said.

According to him, the government has been making efforts by paying the ADITOP gradually but it wanted the government to pay well by increasing the freight rate to enable petroleum marketers to be well paid and avoid operating at loss.

He said the stakeholders had also been pressurising government to repair the refineries and build new ones.

“The refineries are outdated because they were built about 42 years ago and the population has increased and the demand of petroleum has also increased but we rely on importation, making it difficult for people.”

Meanwhile, an official of the NMDPRA who spoke under condition of anonymity said the government had been making effort to pay freight rates to petroleum marketers, adding that there was currently a committee looking into such issues.

Tags: ADITOPHigh Cost Of AGO