The remains of late Otunba Kunle Folarin who died in Lagos recently, will be buried on January 27, 2023 in Lagos. 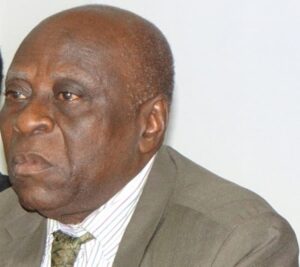 Otunba Folarin was, until his death, the Chairman of the Nigerian Ports Consultative Council (NPCC) and Chairman of the National Seafarers Welfare Board (NSWB). He would have been 82 years old last month.

A statement made available to our correspondent by the NPCC, quoted the family as having agreed on a three-day burial programme for deceased maritime industry legend.

According to the statement, the burial activities will commence with a night of tributes on Wednesday 25th January, 2023, between 5pm and 8pm, at a venue to be communicated later.

A wake keep and service of songs have also been fixed for the following day (Thursday January 26th) between 5pm and 7pm at his residence; House 2, B Close 5th Avenue, Festac Town, Lagos.

His remains are to be committed to mother earth on Friday27th January, 2023.