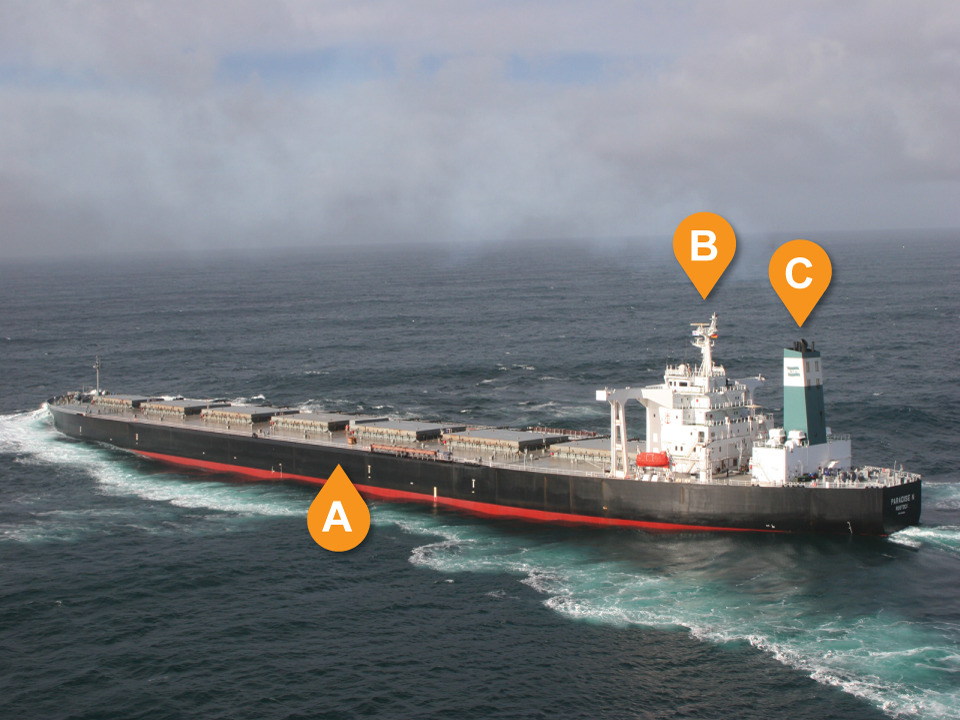 Track: The path of the vessel.

Trades: The practically steady winds blowing toward the equator, N.E. in the northern and SE. in the southern hemisphere.

Trice: To lash up.

Trick: The period of time during which the wheelsman remains at the wheel.

Trim: The angle to the horizontal at which a vessel rides.

Tripping line: A line used for capsizing the sea anchor and hauling it in.

Truck: The flat circular piece secured on the top of the mast.

Turn in all standing: Go to bed without undressing.

Turn to: An order to commence ship’s work.

Turn-buckle: A metal appliance consisting of a thread and screw capable of being set up or slacked back and used for setting up on rigging.

Two blocks: When the two blocks of a tackle have been drawn as close together as possible.

Umbrella: The cone-shaped shield at the top of the smokestack.

Under below: A warning from aloft (heads up).

Undertow: A subsurface current in a surf.

Underway: Said of a vessel when not at anchor, nor made fast to the shore, or aground.

Unship: To take apart or to remove from its place.

Unwatched: Said of a lighthouse not tended.

Up anchor: Hoist or haul in the anchor.