Home » News » Navy Intercepts N100m Worth Of Cannabis, Others During Yuletide

Navy Intercepts N100m Worth Of Cannabis, Others During Yuletide

The Commander, Nigerian Navy Ship (NNS) BEECROFT, Rear Adm. Bashir Mohammed on Thursday, said that 261 bags of cannabis worth over N100 million in the local market was intercepted during the Yuletide. 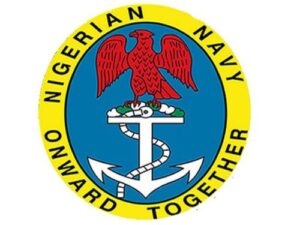 He said that 413 bags of foreign rice and over 150 drums of Premium Motor Spirit (PMS) being smuggled into the country during the Yuletide were also impounded.

“Throughout the Yuletide, the Navy intensified its intelligence gathering and patrols of the maritime environment as well as its internal security operations under the auspices of Operation Mesa.

“Pertinently, 5 crew were arrested onboard the large boat smuggling the contraband rice and investigation revealed that they are all foreigners.

“It is equally worthy of note that the smuggled rice is worth over N13 Million in the local market and this is to the detriment of Nigeria’s local content drive,”he said.

The Commander said that NNS ABA, NNS, KANO and NNS OSUN played significant roles in the apprehension of the smugglers and the products.

“It is to be noted that the arrested culprits and exhibits will be handed over to the relevant prosecuting agency for further investigation and management.

“Regardless of the festive season, the Navy did not relent in executing the mandate of the Chief of Naval Staff (CNS), Vice Adm. Awwal Gambo which is geared towards curbing illegalities, thereby boosting national prosperity,”Mohammed said.

He recalled that in October, NNS BEECROFT arrested two vessels for trafficking of 32.9kg and 13.65kg of cocaine respectively.

“The cocaine seized in both occasions is worth over N10 billion in the local market.

“These series of arrests reinforce the Nigerian Navy’s resolve of zero tolerance to illegalities within the maritime domain in line with her constitutional mandate.

“I reassure Nigerians of the CNS commitment towards sustaining her constitutional roles, which include curbing drug trafficking and illegal bunkering activities as well as oil theft within Nigeria’s Maritime domain,”Mohammed said.