The Executive Secretary, Nigeria Extractive Industries Transparency Initiative ( NEITI), Dr Orji Ogbonnaya Orji, has said that the agency had recovered over $3 billion dollars from underpayments by companies as against what government received. 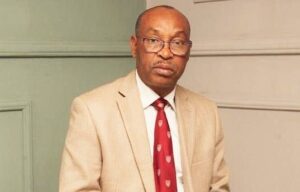 Orji made this known at the 2022 budget defence session before the Senate Committee on Federal Character and Intergovernmental Affairs.

He said that the recovery, which was since 2004, were discovered “when we published our recovery through information where there are under payments between companies and what government receives”.

Orji further said that the Petroleum Industry Act (PIA) was one of the gains of the agency’s report between 1999 and 2004.

Similarly, the idea of a bill to govern and regulate the oil and gas sector in curbing the wastages and corruption endemic in the sector came about from NEITI’s reports to that effect between 1999 and 2004, he said.

The reports, he explained, exposed Nigeria, being one of the few countries of the world rich in both oil and gas resources, but without required revenues from them, and invariably foreign and local investments for sustainable development.

“It is gratifying today that the idea mooted through NEITI reports for required laws to govern the oil and gas sector has come to fruition through the recently signed Petroleum Industry Act ( PIA) after many years of consideration as a bill from the sixth to the present National Assembly,” he said .

Chairman of the Committee, Sen. Danjuma La’ah, queried the NEITI boss on why the agency had not carried out and recruitments of workers over the years, in spite of having only 56 staff.

He said employing more staff would help to solve the problem of unemployment faced by the youths in the country.

“Most of the crimes being committed in the country are caused by idleness of the youths .

“Your agency with a small workforce must be ready to get some of the graduate youths off the streets by employing them,” he said.