The Nigeria Labour Congress (NLC) says workers would resist any hike in pump price of fuel in the name of petrol subsidy removal. 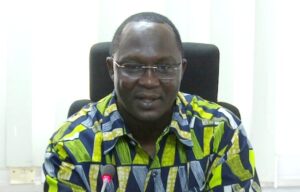 Mr Ayuba Wabba, President of NLC, said this at the opening ceremony of the 18th edition of NLC Harmattan School, on Monday in Ilorin, Kwara State.

The theme of this year’s Harmattan School is “Expanding Nigeria’s Democratic Space for Trade Unions Organising in the World of Work.”

According to Wabba, we will resist any price increase in the name of removal of subsidy. Let us look at the issue of subsidy.

“Subsidy is inefficiency, our inefficiency or inability to refine products. That is what we call subsidy.

“We said, we will not discuss anything subsidy. What they have told us is that the refineries will be fixed by 2023 and it will start production.

“So, once we start production, we can now come to the table and discuss the issue of subsidy. I think that is how to start the conversation and we are taking this issue very serious.

“Although there is nothing bad about subsidy, but in our case, it is shrouded in secrecy. It is not a transparent process, the consumption and all details are shrouded. This is typical of a capitalist economy,’’ he said.

The NLC president, however, called on the government to find a way of refining petrol and also put transparent structures in place to address the issue.

He noted that many countries had done it and are running those enterprises as enterprise of government and that the transparent process is working for them.

“If you privatise without transparent process like we have seen in the banks, which government has supported with public funds, but failed because they lack transparency and good governance templates, it will not work.

“This is what we have been arguing. Nigerians should reflect on this. Once you say you remove subsidy and you follow the trend of the diesel, it means it will be out of reach,’’ he said.

He also added that the price of diesel is almost N850 to N860, per litre, asking ”is it the same thing we want to apply to PMS? How many people can afford it”.

According to him, these are the very important questions that we need to interrogate and these are what Labour has been interrogating.

“So, we are not running away from and we have never run away or shy away from discussing the issue of subsidy. Whether there is or not, we can discuss it,’ he said.

Mr Emmanuel Ugboaja, General Secretary of NLC, also said there was no way that the NLC would accept price increase in the name of subsidy removal.

According to Ugboaja, this is because we have an existing understanding with the Federal Government.

Read Also:  Nigeria Will Meet OPEC Quota By May 2023 – Sylva

“We shall work against any candidate that plans to remove subsidy and inflict more pains on us. We should be talking about refining product and local production not about subsidy removal,‘’ he said.

Also, Governor Abdulrahman Abdulrazaq of Kwara State, said it is important for workers in the country to earn a living wage.

“As you are aware that with the inflationary trend, even N30,000 minimum wages is not enough and even at that amount, government is still taking part of it as taxes.

“The challenge for my government is to engage more people to work and minimum wage is something I will continue to work on.

“I hope and strongly believe that before the end of next year, the minimum wage will go up,’’ he added.

The governor said it was important for labour issues to be in the front burner of discussions as political campaigns are on ongoing.

He said: “As the parties jostle for support of the electorate, Nigerians will like to hold the candidate accountable to the words and promises if they win the election.’’