The Ijaw Youth Council (IYC) has called for total support of Nigerians to Chief Government Ekpemupolo aka Tompolo on the contract to secure pipelines in the Niger Delta region. 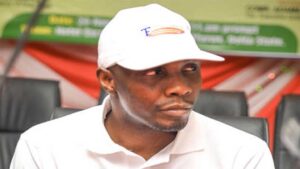 Mr Omaghomi OluDerimon, Secretary, Western Zone of the IYC, made the call while speaking in Calabar.

He said the need for the support was necessary to salvage the mainstay of the nation’s economy, crude oil.

He said the IYC had in time past, through various fora, expressed concern at the volume of oil theft in the region by some economy saboteurs.

OluDerimon said that the IYC had commended President Muhammadu Buhari led Federal Government for its concern and the efforts to address oil theft and pipeline vandalism.

“There is no Nigerian that is not concerned with the situation of the economy today and they must also know that the situation is made worst by the dwindling fortune of our oil which is partly caused by oil theft.

“Nigeria’s oil production has been on steady decline for sometime now and this is primarily occasioned by oil theft in the Niger Delta region.

“This situation is affecting all states of the federation and not Niger Delta alone,” he stated.

OluDerimon therefore appealed to Nigerians not to see the award of the contract to Tompolo as politics or ethnicity but rather as a measure to secure oil facilities in the region.

“This has nothing to do with the region or politics; someone who knows the place and its history and backed with the experience of handling things in the region was needed to reduce the oil theft menace.

“Tompolo or whoever had been given the contract cannot however do it alone without the support of every single Nigerian.”

The Federal Government had renewed a multi-million dollar pipeline surveillance contract to a former militant leader and Commander of the defunct Movement for Emancipation of Niger Delta (MEND), Tompolo.