To mark this year’s World Maritime Day (29 September 2022), UK’s Transport Secretary; Anne-Marie Trevelyan has announced funding for the third round of the clean maritime demonstration competition (CMDC), which will run from April 2023 to March 2025 and help innovative companies and scientists make emission-free maritime a reality. 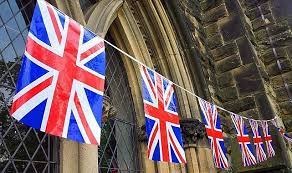 The Transport Secretary reportedly made the announcement during a keynote address to the Atlantic Future Forum in New York, on the HMS Queen Elizabeth.

The address focused on how maritime security improves global prosperity and protects all of our interests, as well as how more environmentally-friendly shipping can lead to a sustainable future for maritime trade.

From September 29,, UK companies will be able to bid for a slice of the funding to supercharge the development of early-stage clean maritime technologies for wider use in the future.

This is all part of government plans to back innovative businesses and reach net zero emissions by 2050.

The UK has always been a proud seafaring nation and helping the maritime sector to be more environmentally-friendly will mean it continues to play a key role in the UK’s economy for generations to come.

In 2020 UK domestic maritime vessels contributed around 5% of the UK’s domestic greenhouse gas emissions – more than trains and buses combined.

The CMDC is one of the ways the government is supporting the sector to decarbonise.

Also announced WEre the winning projects from the second round of the CMDC, launched in May 2022, which saw £12 million shared between 121 UK companies.

Among the winners are 3 projects exploring the development of green shipping corridors – zero emission shipping routes between 2 ports. These routes build on the Clydebank declaration backed by 24 states at COP26.

The Clean Tyne Shipping Corridor consortium, the Aberdeen Harbour Board and ACUA Ocean hydrogen-powered North Sea crossing study, and the (GCSS) study between the Port of Dover and the Ports of Calais and Dunkirk, aim to support the transition to green crossings to and from the UK. This could one day create international agreements that would see only zero emission vessels – including ferries, leisure crafts and workboats – between the UK and other ports.

Using aerospace technologies, new ships are being developed that ‘fly’ above the surface of the water, reducing operational emissions by 100% and fuel costs by up to 90% by reducing drag. Built in Belfast by Artemis Technologies in collaboration with Tidal Transit, ORE Catapult and Lloyd’s Register is a project receiving over £1 million to develop a green, 24-metre workboat to transfer workers to and from offshore wind farms.

Following years of underinvestment in research and innovation by the maritime industry, the sector is under real pressure to develop and adopt disruptive technologies if it has any chance of achieving the UK’s ambitious net zero targets.

The clean maritime demonstration competition is welcomed by the sector and will play a critical role in helping accelerate the UK’s transition to a more sustainable maritime future.

The announcement follows the allocation of £206 million to support zero emission sailing and skilled maritime jobs as part of UK SHORE, announced in March this year.

The UK Shipping Office for Reducing Emissions (UK SHORE) is housed in the Department for Transport and is dedicated to creating a world free from shipping emissions.

UK SHORE is implementing a comprehensive research and development programme, including the CMDC, working in partnership with industry to help build greener vessels – from cruises to tankers and leisure boats.

The maritime sector is of crucial importance to the UK, with more than 95% of our trade running through the major ports that connect us to the global economy.

As such an important part of the UK economy, significant change is needed to ensure that the sector adapts to new, clean technologies, reducing maritime emissions.

This latest, multi-year round of the government’s clean maritime demonstration competition builds on the success of the first 2 rounds, stimulating innovation to ensure the UK is at the forefront of this transition to make maritime greener.