Members of the governing council of the Council for the Regulations of Freight Forwarding in Nigeria (CRFFN) have stated that aggrieved members of various freight forwarding associations are behind the several petitions against the council. 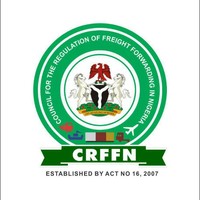 Recall that the Minister of Transportation; Mr Rotimi Amaechi had described CRFFN as the most problematic agency in the transportation ministry, owing to the numerous petitions by individuals and various freight forwarding associations in the industry against the council.

Amaechi while speaking during the recent 2021 World Maritime Day event, which was held in Lagos described CRFFN as a ‘House of Petitions’ while expressing disappointment that the Council has been foot-dragging for so long.

However, reacting to the statement by the Minister, a former member of the governing council; Prince Adeyinka Bakare, informed that the problem is not with the council, but with freight forwarders who are bent on always having everything in their favour.

Bakare informed that the immediate past governing council inherited 17 court cases from members of various freight forwarding associations who are aggrieved that things do not go in their favour, while pointing out that the problem is not the Council, but freight forwarders themselves.

“When we came in, we had about 17 court cases which is tantamount to petitions, because it is petitions that leads to court cases, so we inherited all these things, I know people we went to meet begging them one-on-one to withdraw their court cases, so we have tried to resolve all this”.

“Last week, we had a meeting of all freight forwarding associations, and we sent letters to some aggrieved members of some associations, but they did not show up”, he said.

Also speaking to our correspondent, the Vice President Association of Nigeria Licensed Customs Agents (ANLCA) Dr. Kayode Farinto, also blamed members of the associations who are aggrieved that things are not in their favour for the numerous petitions in the council.

He alleged that past leaders of his association were part of those writing petitions just because things do not go in their favour.

He said: “I am not surprised, because when we were in the Council; towards the twilight of our administration, there were lots of petitions. Our major problems in this industry are those that believe that things should be done their way and all these old leaders who don’t want anything about change.

“I was privileged to know that there were lots of petitions from even our time; when we were winding up and it is these individuals who think if they are not part of this Council, the Council should not be in existence. Whether anybody likes it or not, the Council is moving forward because value must be added. We need to look at the freight forwarding business and see how we can sanitize it because we are being given many negative names. It is unfortunate that people are thinking like that” he said.