The Jigawa State House of Assembly has commenced investigation into alleged shooting and causing explosion by men of the Nigeria Customs Service (NCS) in Babura Local Government Area of the state. 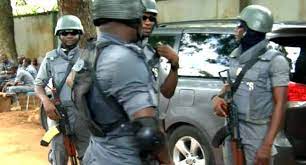 The House on Sept. 5, set up five-member Fact Finding Committee to investigate the cause of the explosion and the extent of damage in the area.

The committee has Mr Bala Hamza-Gada as the Chairman and members representing Babura, Kanya, Miga, Kiyawa and Dutse constituencies as members.

The spokesmen of the Nigeria Security and Civil Corps (NSCDC), CSC Adamu Shehu and that of Police in the state, DSP Shiisu Lawan, had on Sept. 13, confirmed the incident.

Shehu in his account said that the incident occurred on Sept. 12 at about 9.00 p.m., after security operatives on stop-and search-in the area flagged down a truck conveying 25 gas cylinders.

He alleged that the driver of the truck refused to stop while being pursued by the operatives, resulting in one of the cylinders falling off the truck and catching fire immediately.

According to him, the vehicle was coming from Tinkim town in Magarya LGA of Niger Republic and was heading to Hadejia LGA of Jigawa.

Similarly, the Police spokesman Shiisu Shiisu said the vehicle was being pursued by a team of operatives from the Nigerian Customs Border Drill No. 12, while transporting the gas from Niger Republic.

Shiisu said 17 shops and five houses were damaged by the inferno caused by the explosion.

However, during the committee’s visit to the scene, some of the victims alleged that the customs operatives shot at one of the gas cylinders which caused the 25 cylinders to explode.

“As you can see, this is a delegation from Jigawa House of Assembly that came to sympathise with people of Babura as well as assess the level of damage caused by the recent gas which was suspected truck laden with gas cylinders.

“It was alleged that they (custom) shot at the cylinders which led to the explosion that caused serious damage to property worth millions and injury to between 12 and 15 people,” the chairman said.

Garba-Gada said that even though the NCS was entitled by the law to carry out their statutory duties, they should not do that at the detriment of people in the area.

He alleged that most border towns in the state suffered from the action of the NCS personnel.

“It is not Jigawa that borders Niger Republic. Most of our border towns suffer from this kind of incident.

“Just last week there was similar incident in Garki LGA when one of the NURTW members was brushed by stray bullet shot by custom men in the area while chasing suspected smugglers.

“As these incidences have been recurring, we are advising the customs men to do it with caution without posing serious danger to our people,” he said.

He added that the committee, after the investigation, would come up with a comprehensive report about the incident, with necessary proactive measures to be taken to avoid future occurrence.