Home » Vox Pop » Do you think the CRFFN should go ahead and conduct elections into its governing council?

Do you think the CRFFN should go ahead and conduct elections into its governing council? 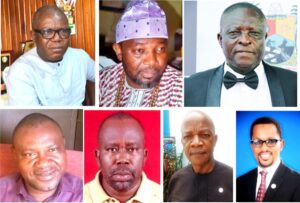 Definitely, they should commence elections. We heard the two-year tenure of the former governing council has expired. If a tenure expires, there is supposed to be an election. Nobody stays permanently in a public office. It is not a traditional office or title.

Most importantly, conducting an election into the Governing Council of the CRFFN is in administrative purview of the CRFFN management. The electioneering process into the fourth Council was interrupted by the last Governing Council Members who approach the court seeking a tenure elongation, which was uncalled for, because, the enabling Act is unambiguous about the relevant section of the act. The election is overdue.

They should go by the Statutes. Even if they have to come back, it has to be through an election. If the statute says two years, then after two years, they can come back for election; if they so wish. But they should not do anything called tenure elongation. They should conduct elections since that is what the statute is saying.

It is not good that there should be a vacuum in that Council. Even though we have not actually seen the impact of the Council on the freight forwarding practice as a whole, it is important that we shouldn’t let a vacuum in the administration of the CRFFN. The tenure of the last governing council has expired and they are yet to recover the assets in the hands of the former elected members. They should go ahead as a matter of urgency to conduct elections so as to enable the people to continue with all the plans they have. Remember, the issue of POF is still on the front border which they have not been able to resolve. They should go ahead and conduct fresh elections into the governing council.

A Federal High in Abuja pronounced judgment on the matter to the effect that the plaintiffs were elected on a two-year tenure, meaning that their tenure had expired.

This should not be in doubt, except in a situation of deliberate mischief.

There are lots of controversies surrounding the tenure-ship of the members of the governing council and unfortunately, the government via the Ministry of Transportation has not made any pronouncement concerning the tenure of the members of the governing council of CRFFN. Already we heard that their tenure has expired. There’s a need therefore for the Transport Minister to come out and speak up. He is the one that is in the position to clear the air. Both in terms of the tenure of members; if it has expired or not and the issue of returning vehicles to CRFFN. You may recall that even in the past, we have had instances of people whose tenure ended and still refused to return vehicles to CRFFN. That is an act of impunity.

Yes, this is because we cannot allow a vacuum for too long. The need to conduct an election for governing council members that would occupy the space cannot be overemphasized and it must be of qualitative standard and not the usual self-interests approach that keeps subjecting our industry to ridicule due to government overwhelming interference and associations pushing for self-interests, rather than industry interests. It must be emphasized that our industry needs the best of us to lead now than ever and not the usual money bags that buy the conscience of associations’ leaders to feature them because they realized that most leaders in the associations need money more than the progress of the industry.