The European Union (EU) has extended the Commercial Maritime Presence (CMP) scheme until February 2024, noting that the extended period is to allow ECOWAS strengthen the anti-piracy mechanism to checkmate pirate attacks against commercial vessels in the Gulf of Guinea. 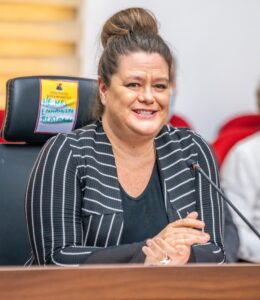 The Ambassador of France to Nigeria, Emmanuelle Blatman represented by the Consul General of France in Lagos, Laurence Monmayrant at the 7th Lagos International Maritime week 2022 tagged “New technologies for greener shipping in Africa” said the decision to extend the CMP scheme is coming on the heels of the successes recorded by the initiative that has reduced more than 80 per cent of pirate attacks against commercial vessels in the Gulf of Guinea.

She advised that the mechanism to be deployed by ECOWAS must involve apprehension at sea, legal finish and imprisonment.

She also stated that the introduction of new patterns, both innovative and economically viable, can only be achieved if maritime routes are secure, pointing out that these routes cover huge areas where seafarers and goods must be safe for trade to happen.