The Federal Government says it will ban all substances that are not ozone-friendly in accordance with the Montreal Protocol Agreement, which Nigeria is a signatory to, by Jan. 1, 2023. 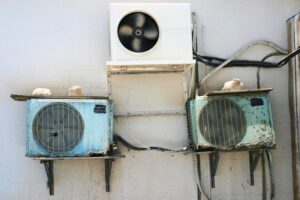 These substances include refrigerators, air conditioners, generators, water dispensers, photocopiers, among others.

The Montreal Protocol is an international treaty designed to protect the ozone layer through the phasing out of the production of numerous substances believed to be responsible for the layer ozone depletion.

Mr Oladipo Supo, the Environment Unit of United Nations Development Programme (UNDP), said this at the stakeholders’ workshop for the Validation of the Draft National Cooling Plan, in Abuja.

Supo said that Nigeria had delayed in implementing the agreement because it had not been able to get alternatives for the substances that are ozone-friendly.

“Under the Montreal Protocol Agreement, the idea is that some of these ozone-depleting substances are actually eliminated from use.

“Nigeria has committed itself because it is part of the signatory. We are looking at Jan. 1, 2023 when some of these substances will not be allowed into the country anymore.

“In the refrigerating sector, we only have technicians. The people that actually use them are technicians on the street.

“You remember sometime ago, some air conditioners blew up in Ogun.

“It was because of all these contaminated things and recycled ACs that are not supposed to be in circulation ” he said.

Supon said that the Federal Ministry of Environment was trying to ensure that the alternatives were available before the year 2023 when the banning of the items would commence.

According to him, we cannot ban something when the alternative is not yet available.

Minister of Environment, Mohammed Abdullahi, blamed some developing countries who use refrigerants with high ozone-depleting potential such as hydrochlorofluorocarbons.

According to him, emissions are projected to amount to approximately 8.97 gigatons of carbon dioxide equivalent by 2050 and contribute to global warming and climate change.

The minister, who was represented by Mr Charles Ikedea, the Director, Pollution Control of the ministry, said that the emissions were both direct and indirect.

He, however, advised Nigerians to keep their environment clean and healthy, adding that such would promote the development of the country.