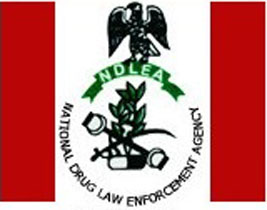 Inalegwu advised the shipping lines to effectively monitor their business systems to prevent unscrupulous businessmen from hiding illicit drugs in their consignments.

The engagement was to re-examine shipping lines and agents business procedures.

He said that the agency needed to stop the inflow of illicit drugs into the country through the waterways.

According to Inalegwu who is also the Narcotic Commander of the Apapa Special Area Command, about 3,349.25 kg of assorted drugs were seized on Lagos inland waterways between January and May.

He said, “This agency had made several arrests and seizures from inland waterways arrival and departure points.

“Apart from Cannabis Sativa cultivated in commercial quantities, the arrest of opiates like Tramadol being exported from Nigeria calls for concern.

“It appears the shipping lines are not bothered about the cargoes they bring into Nigeria, which most times, resulted in false declaration.”

Inalegwu said that this unconcerned attitude had impacted the economy and security of the country negatively.

“From investigations, some shipping lines are actually aware of these false declarations, thus, collaborating with unscrupulous businessmen to circumvent the laws of the land.

“It is unfortunate that some information on your manifest and Bill of Lading are intentionally vague too, thus frustrating investigation.

“However, NDLEA is here to tell you that the war against illicit drug peddling through waterways would get hotter.

“If any shipping line or agent is caught with illicit drugs, the Nigerian Correctional Centre (NCoS) would become an abode for the perpetrators.’’ he said.

The Director, Seaport Operations, Mrs Omolade Faboyede, urged the operators to join hands with the NDLEA in its on-going War Against Drug Abuse (WADA).

She, however, commended the special area command for educating maritime stakeholders against such unscrupulous deals.