Home » No Cause For Alarm, Tin Can Road Will Be Ready In November – Controller Of Works

No Cause For Alarm, Tin Can Road Will Be Ready In November – Controller Of Works

The Federal Controller of Works in Lagos, Mr Kayode Popoola, has assured that there is no cause for alarm regarding the deadline that was set for the completion of the Tin Can Island road. He affirmed that the road will be completed in November this year. 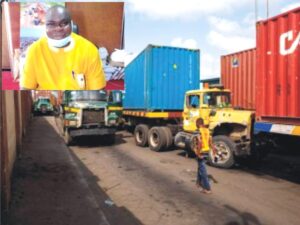 He also confirmed that the Federal Government will deliver the Apapa-Oshodi-Ojota-Oworonshoki Expressway project on schedule date.

While speaking in a telephone chat with our correspondent, the Controller of works informed that it took almost six months before the construction company could actually gain access to start the construction, stating that the six months’ delay has made the construction to tarry longer than expected, he however assured that by November this year, the road will be completed fully and ready for use.

Recall that the federal government had said the reconstruction and rehabilitation of the express road which was inaugurated by President Muhammadu Buhari in November 2018, to resolve the Apapa traffic gridlock, will be completed within nine to 10 months.

Read Also:  Stakeholders Divided Over Planned Return of SON, NAFDAC, Others To Ports

When asked why the Tin Can road has taken so long for it to be completed, Popoola blamed the delay on the difficulty in accessing the area at the beginning of the project; he said it took the construction company six months before they could start any meaningful work on the road.

“You know, it took the construction company about six months before they could start anything on the Tin Can road, because of the peculiarity; they could not access the road as at that time and by the time they were able to six months is already gone, so the delay is just because of that; nothing more, but just like I said, work is ongoing every day and by November the road will be ready for use, the level of work done is over 80% and very soon it will be completed” he said.