The Association of Nigeria Licensed Customs Agents (ANLCA) has reiterated that there was no parallel executive committee in the association. 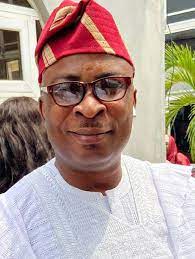 The acting National President of the association, Dr Kayode Farinto, said this on Wednesday in Lagos.

Farinto spoke against the backdrop of the forceful break in into the national secretariat of the association, while the national executive members were on a national assignment to the Lekki Deep seaport.

He attributed the development to the handiwork of expelled members who refused to leave after being expelled by the National Executive Committee (NEC).

“What you are seeing in ANLCA is a political shenanigans by cantankerous old men who refused to leave the association after being expelled.

“Unfortunately, we were on a national assignment when we learnt that they have encroached into the national secretariat and forcefully taking over the secretariat breaking the padlocks and keys.

“The interesting thing is that we have police on guard in that place, we want to know whether the police are culpable because this is a surprise to me.

“But there is nothing to worry about, the expelled members were not expelled by me, it was the NEC, I don’t know why a part of the body will say it doesn’t belong to the body,” he said.

“I feel pity, I feel pained to see a professional association where hoodlums and old men just bring in thugs to take over our secretariat.

“We got an approval from the Inspector-General of Police the other time for him to whisk away these men, he played it to the gallery, he never did,” he said.

Also, the National secretary of the association, Mr Babatunde Mukaila, said that the association was not aware of any written letter for the expelled members to use the secretariat not until we were enroute the Lekki Deep seaport today.

Mukaila said that he got the letter sent by the station officer signed by one of the expelled members seeking permission to use the secretariat for a meeting.

He, however, said the letter was signed by one of the expelled members of the association.