The Petroleum and Natural Gas Senior Staff Association of Nigeria, PENGASSAN, has lamented over the high rate of insecurity in the country, saying that its members where being kidnapped and attack on daily basis. 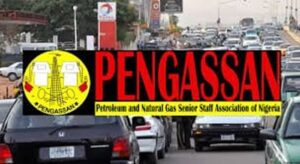 To this end, the senior oil workers’ union have called on security agencies in the country to step up their games in the protection of oil workers and members of the public.

Onita speaking after a visit to the State Headquarters of the Rivers State Police Command, Department of State Services and Nigeria Security and Civil Defense Corps, said the union had engaged relevant government agencies to ensure that lives of Nigerians were more secured.

He enjoined Nigerians not to leave security in the hands of security agencies alone, but to support the government in protection of lives and property.

“Whatever we can do in our own little way, individuals and organisations should contribute what the government is doing.

PENGASSAN also expressed displeasure over the deplorable state of the East-West Road, especially the Eleme-Onne section, describing the recent blockade of the road by Ogoni youths as apt.

He regretted that the government would leave that section of the road dilapidated, despite its economic importance to the country.

“PENGASSAN in the past has written to government, engaging government on the need for us to work on that road. After we found that majority of money given to states and indeed the federation comes from that area and it is even natural that little attention is given to that road.

“So we are in support in the call that the East-West road is given attention and PENGASSAN had maintained that position even before now, so we would like to tell the government that there is need for them to work on that road. The economic value of that section of the East-West road can never be quantified.”