The House of Representatives Committee on Finance has demanded that NNPC submits evidences of revenue remittances into the Consolidation Federation Account between 2014 and 2019. 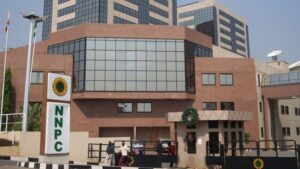 At an investigative hearing on Tuesday in Abuja, the committee also demanded for NNPC’s audited account from 2014 to 2017.

The lawmakers demanded for the corporation’s group account details and for the appearance of heads of all NNPC subsidiaries along with the Group Managing Director, Mr Mele Kyari.

A member of the committee, Rep. Nicholas Ossai (PDP-Delta) said that the objective was to enable to the committee to do some reconciliations with the aim of blocking revenue leakages.

“The corporation should also provide the details of the customers, amount paid by each and any other relevant information.

“It can be deduced from your budget performance that you have unspent balances from 2014 to 2019.

“Provide schedule of remittances of your unspent balances to the Consolidated Revenue Fund to enable us do some reconciliations,’’ he said.

The Deputy Chairman of the committee, Rep. Saidu Abdullahi (APC-Niger), said that there was a flaw in the way NNPC’s subsidiaries operated.

“If you said outside of the tax they pay, they do not pay any dividend to NNPC, I think there is flaw in that, I cannot have a company that will only be responsible for payment of taxes.

“I have an objective for establishing the company; when next you are to appear before us, the appearance will have to be with the heads of the subsidiaries and the Group Managing Director.

“As a country, it is time we sat down as citizens and talk to ourselves. We have a responsibility of making this country work and for us to make it work is by doing what is right.

“We have seen loopholes; we have seen leakages; we cannot overemphasise that this country has the capacity to fund a N15 trillion budget; what we need to do is to ensure that every agency does what is right,’’ he said

Earlier, Abdullahi said that the NNPC provided supervisory role on the federation’s interest in joint venture operations with International Oil Companies operating in the country.

He argued that since NNPC’s subsidiaries are registered under the Company and Allied Matters Act, they pay their taxes and other statutory obligations to the relevant authorities.

Abdullahi told the committee members that the NNPC attends monthly Federation Accounts Allocation Committee meetings, renders accounts of revenue generation to government and publishes same in national dailies and on its website.