Global insurers are expected to receive multiple marine insurance claims from ships damaged or lost as the conflict in Ukraine spills over into sea lanes, insurer Allianz (ETR:ALVG) Global Corporate & Specialty (AGCS) said in a report on Tuesday. 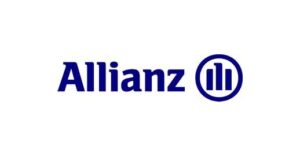 Two seafarers have been killed and six merchant vessels hit by projectiles – sinking two of them – around Ukraine’s coast since the start of Russia’s invasion of its neighbour on Feb. 24.

London marine insurers have deemed the Black Sea and Sea of Azov high risk areas, pushing the cost of insuring ships in the region to record levels with an additional premium added to annual war cover for every voyage.

“The insurance industry is likely to see a number of claims under specialist war policies from vessels damaged or lost to sea mines, rocket attacks and bombings in conflict zones,” said Justus Heinrich with AGCS.

Moscow has called its action in Ukraine a “special operation” and its efforts to create a maritime corridor have been rebuffed with calls for a U.N.-led channel to allow dozens of ships and hundreds of seafarers to leave the area without risk of being hit.

An expanded ban on Russian oil under sanctions imposed on Moscow could raise the cost and availability of bunker fuel, AGCS said.

“Longer term, we may see a shortage of bunker fuel with more and more vessels having to turn to non-compliant or substandard fuels, which could result in machinery breakdown claims in the future,” AGCS’ Heinrich said.

The study, which analysed reported shipping losses and casualties for vessels over 100 gross tons, said 54 ships were lost globally in 2021, compared with 65 a year earlier and represented a 57% decline over the past 10 years.

Chinese Captain’s Prison Sentence Reduced In The Killing Of Pirates