A group of people who boarded a vessel near the coast of the United Arab Emirates have left the ship, a British navy group said on Wednesday, a day after it said there was a potential hijack. 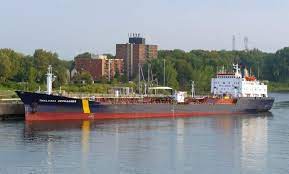 Details of what happened remain unclear.

On Tuesday, the UKMTO said an incident was underway near the UAE’s emirate of Fujairah, which later developed into a potential hijack situation.

Dryad Global, a company specialising in maritime security, said the ship involved is the Asphalt Princess, a tanker sailing under the Panama flag.

British government sources said the vessel was thought to have been seized by a “squad” of eight or nine armed men, according to a report in The Times newspaper.

Maritime intelligence group, Lloyd’s List, said tracking shows the Asphalt Princess headed back towards Oman after the people who boarded left the vessel.

Earlier, it had said that the group was directing the vessel to Iran.

The Iranian Foreign Ministry called the incident suspicious and warned against targeting the country with baseless accusations.

The area was a major maritime trade route and tensions were running high, particularly since a drone attack on a tanker last week in which a British national and a Romanian national lost their lives.

The attack on the Mercer Street vessel has been attributed to Iran by Britain, Romania, Israel, and the U.S., although Iran denies it is responsible.