In its latest weekly report, shipbroker Gibson said that “in September last year the European Parliament voted for the inclusion of greenhouse gas (GHG) emissions from ships over 5,000 gross tonnes in the emissions trading system (EU ETS) by 1 January 2022. In the months that followed, EU regulators completed the consultation period and are progressing with the impact assessment. The EU is expected to make final legislative proposals in July this year and despite disruptions caused by the global pandemic, so far there are no indications that the original implementation date could be delayed. Time is running out for the shipping industry to prepare; yet, while the policy specifics are still work in progress, important details remain vague and uncertain”. 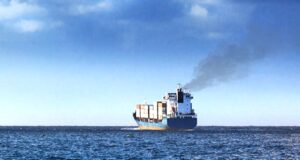 According to the shipbroker, “most importantly, there is a lack of clarity of how shipping carbon emissions will be calculated, particularly for international voyages in/out of the EU and whether there will be any allowances. For example, in the early 2010s, the EU was persuaded to water down its ETS regulations for the airline industry. Just intra-EEA flights were included in the ETS, while the sector also was given a large amount of free allowances”.

Gibson said that “while shipping waits to see the final legislative proposals from the EU, we can only speculate about the final outcome. However, if the industry is to be included in the ETS, this undoubtedly will lead to an increase in costs. Carbon prices have more than doubled since October last year, reaching an all-time high of €56 on 14 May and are currently trading at just over €50. Whist it is still uncertain whether EU ETS will apply to intra, just the EU component or the whole voyage, assuming just intra EU trade and ETS price at €50, the carbon cost of shipping 80,000 tonnes of crude from Mongstad to Rotterdam (slow steaming non eco vessel), could reach €46,000 or €0.58/tonne. On a longer haul voyage, for example shipping the same cargo from Mongstad to Trieste, the carbon cost is higher, assessed at €$138,250 or €$1.73/tonne. For smaller tonnage, absolute carbon costs of shipping on a like-for-like basis are lower due to reduced bunker consumption; yet, smaller cargo sizes are keeping the $/tonne cost elevated. Using the same carbon price assumption, the emissions’ cost of shipping 37,000 tonnes of clean products from Cartagena to Lavera could reach €21,750 or €0.59/tonne. On a longer haul voyage from Cartagena to Rotterdam the cost is higher, nearly €54,000 or €1.46/tonne. There areof course plenty of sensitivities in this analysis. Carbon prices could rise or fall, while emissions generated depend not just on distance travelled but also on bunker consumption. As such, a greater focus on eco vessels is likely to emerge, as these units offer lower bunker consumption and hence reduced emissions”.

“Overall, the inclusion of shipping in the EU ETS will reduce arbitrage opportunities for voyages involving European ports and potentially price certain routes out of the market, particularly longer haul trades, if this aspect is not addressed by EU regulators. A greater exposure to currency risks is also to be expected as both tanker shipping and the underlining commodity is priced in US dollars, while ETS is traded in Euros. From a tanker perspective, perhaps the most critical question is who will be liable to pay extra costs? The introduction of emissions control area in the North Sea and the Baltic saw the higher cost of burning 0.1% sulphur bunker fuel being passed on to the charterer. The situation today could be no different. After all, tanker supply/demand conditions and the resulting TCE earnings are the main market drivers, and if the owners’ spot returns for trading in Europe are lower than elsewhere, the migration to more profitable trades is inevitable, raising costs for intra EU trades”, Gibson concluded.