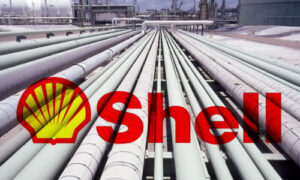 The 276 barrels of crude is the cumulative volume of spill from a section of the pipeline that transverses Bayelsa and Rivers communities during the period.

Checks at the oil firm’s spill incident portal indicated that two of the spills were caused by sabotage while one was traced to equipment failure.

According to the Joint Investigation Visit (JIV) reports on the incidents, the leak which occurred at Ikararama in Bayelsa on April 7, was traceable to equipment failure which caused a leakage of 110 barrels.

The Okordia-Rumekpe crude pipeline is part of the Trans Niger Pipeline (TNP) network crisscrossing SPDC’s onshore fields which conveys crude to the SPDC’s crude export terminal at Bonny in Rivers.

JIV is a statutory exercise to ascertain the cause of any recorded spill incident involving oil firms, regulators, host communities and state Ministries of Environment.

The leak incident on April 13 at Ihuowu in Rivers was attributed to sabotage by the JIV report caused a spill of 157 barrels of crude.

The report further showed that also on April 14 at Ukpeliede in Rivers, the same Okordia-Rumekpe trunk line was breached by vandals leaving a leak of nine barrels.

According to the SPDC’s spills records, oil spill response activities were ongoing at the spill sites while recovery of spilled crude would be completed in May.

Also, SPDC reported that it had concluded investigation in seven spill incidents from its operations across the Niger Delta with a total spilled volume of 435.01 barrels of crude.

Of the seven leak incidents, six were caused by sabotage while one was traced to equipment failure.