Sri Lanka has relaxed import restrictions imposed on 369 items in March and April this year, the Ministry of Finance said in a statement on Wednesday. 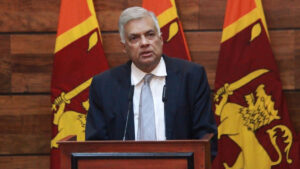 Prime Minister Ranil Wickremesinghe, in his capacity as the minister of Finance, Economic Stabilisation and National Policies, issued a gazette notification on the relaxation, the ministry said.

Earlier, those who wanted to import any of the 369 items had to obtain an import licence and the decision to restrict the import was taken to reduce foreign currency spending on foreign products.

Read Also:  More Container Vessels Queue Outside Shanghai Port, As Business Gets Back To Normal

Multiple rounds of import restrictions on motor vehicles, ceramic items and mobile phones have been initiated since March 2020, to reduce pressure on limited reserves.

Sri Lanka’s central bank had on Monday announced that it would ensure importers have access to adequate foreign exchange through the banking sector to import essential items.

The country has been facing crippling foreign currency shortages this year, which has affected the import of essential items.