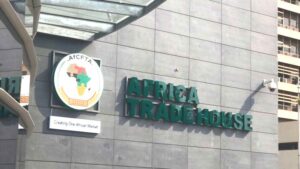 Folorunsho told newsmen in Lagos, on Saturday, that the strategy would be totally Nigerian and for the benefit of Nigerians.

She noted that the implementation strategy document would address in detail issues like having a dispute resolution centre, rules of origin and the like, and how to go about getting things done.

Folorunsho assured that what was being set up was an inclusive framework for all Ministries, Departments, and Agencies (MDAs) the private sector, all stakeholders, to work as a team to ensure proper implementation.

She noted that while some hitches could be expected along the way, they would be surmounted to ensure an effective implementation of the agreement to work for Nigerians.

According to her, since the signing of the agreement, President Muhammadu Buhari had established the National Action Committee, with a specific mandate of preparing how Nigerians would optimise the benefits of AfCFTA.

“So, as at today, what we have is the preparation of what is called the National Implementation Strategy for Nigeria’s participation in AfCFTA”, she said.

Folorunsho stressed that because AfCFTA is to be implemented into the long term, it was going to make slow and steady progress, and so the country should not be expected to be in the same position with other countries.

“It must be at a pace acceptable by us, we must have an understanding and the buy-in of Nigerians on how we want to participate in AfCFTA,” she said.

She observed that Nigerians were receptive to the agreement, such that for transportation, which she was a co-champion, the intensity of the buy-in had been amazing.

As at today, 16 sub-sector groups in transportation, especially in the maritime sub-sector, which comprised lawyers, seafarers, shipowners, among others, had been formed, she said.

Folorunsho also disclosed that group members had so far expressed their views on the direction the agreement would take, so that when implementation began, it would be beneficial to all.

“All that everyone of us have said during the sensitisation workshop will now be put together as an agenda for stakeholders and agencies of government and what everyone needs to do.

“I hope that by next month (June), we will have an implementation strategy document that will benefit all Nigerians,” she said.