The Federal Government has informed local and international, development partners and the media that the Request for Qualifications (RfQ) phase of the Nigeria Airport Concessions Programme (NACP) has ended this Monday. 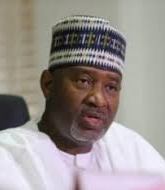 The Minister of Aviation, Sen. Hadi Sirika, made this known in a statement issued by Mr James Odaudu, the Director, Public Affairs, Ministry of Aviation, in Lagos on Monday.

The minister noted that this deadline was announced on Sept. 13, after close deliberations with ICRC and the transaction advisers, allowed for a four-week extension in response to numerous requests from would-be bidders.

“The Ministry of Aviation, the Transaction Advisers and the Project Steering Committee, have duly notified the ICRC of this milestone, and have now stopped receiving submissions in response to the published RfQ.

“I will like to use this opportunity to thank all those who participated in the process for their interest and respective submissions.

“The amount of response to the request for pre-qualification by highly reputable international airport operators across the globe is indicative of the level of confidence that people have in our concession programme.

“Like we promised from the onset, we remain committed to ensuring the highest level of transparency and accountability till the end of the process.

“This is because we believe that the programme is in the best interest of Nigerians as a people, and Nigeria as a nation,” he said.

Sirika reminded all stakeholders that it was a multistage programme and that RfQ stage would be followed with a Request for Proposal (RfP) which should be published and sent directly to qualified bidders for their response.

He said qualified bidders shall be announced once the bid opening committee had received, opened and reviewed each submission.

The minister added that that would be based on the detailed Terms of Reference (ToR) and RfQ guidelines contained in the RfQ bidders package (available on www.nacp.aviation.gov.ng).

Sirika, therefore, encouraged all participants who have responded to the RfQ to ensure that they continue to refer to the NACP website, where all updates and relevant documentation, including updated FAQ, could be found.