How Ministry Of Transportation Allegedly ‘Padded’ 2022 Budget With Duplicated Provisions, Curious Projects, Others

Investigations by Shipping Position Daily have revealed how the Ministry of Transportation may have padded the 2022 proposed budget with duplicating provisions, including allocations for humongous projects and provision for some parastatals under the ministry in the budget that is currently being considered by the National Assembly. 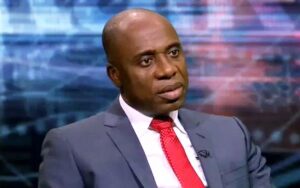 Shipping Position Daily reports that the Appropriation Bill for the transportation Ministry is filled with repetition of some projects with huge allocation to them, while some budgetary allocations were alien to the ministry.

According to the breakdown of 2022 budgetary provision obtained by our correspondent from the Budget Office, a total of N149.2 billion was appropriated for the Federal Ministry of Transportation headquarters with a proposed N951.3 million as personnel cost, and N358.7 million as overhead cost, while capital projects are to gulp a whooping N147.9 billion totaling N149.2 billion allocation for the Ministry.

Budgetary provisions for some of the agencies under the Ministry were also listed. For instance, the National Inland Waterways Authority (NIWA) had a budgetary provision of N1.06 billion as personnel cost and N12.8 billion as capital cost, bringing the total allocation to N13.9 billion.

The Nigerian Institute of Transport Technology (NITT) has a total allocation of N24billion, while the Council for the Regulation of Freight Forwarders in Nigeria (CRFFN) had the lowest budgetary allocation of N655 million, under the transportation ministry.

Curiously however, Shipping Position Daily uncovered duplicated budgetary allocation to some projects. For instance, Travel& Transport – General was estimated to cost of N86 million, then another budgetary provision for Local Travel & Transport: Training has a budgetary allocation of N43 million, even as another N30.8 million was budgeted for local training cost.

Under Miscellaneous a total of N88million was allocated with welfare packages gulping N40, 000 and sporting activities under the transport sector allotted N20 million and a new provision for Annual Budget Expenses and Administration was allotted N25 million.

Under the Fixed Asset purchase, a total of N373 million was allotted, with provision of library books gulping N230 million.

Further checks by our correspondent revealed that the sum of N1.3bn was allocated for research and development, while another N375 million was budgeted for as Anniversaries/Celebrations, this is aside the welfare packages already budgeted for earlier.

Curiously also, there was another Special Intervention Programmes and Initiatives In the Sector with budgetary provision of N200 million, Budget Preparation And NESP Implementation By Sector Working Team (SWT) N100 million.

In the budget, the Ports Management Association Of West & Central Africa (PMAWCA) was allotted N150 million, Monitoring And Evaluation Of Capital Projects By The Ministry got N90 million, Production Of Annual Transportation Digest Of Statistics In Conjunction with the National Bureau Of Statistics was allocated N80 million.

The Annual National Council on Transportation (NCT) and Stakeholders Engagement got N75Million and purchase of sport equipment has N48 million. Similarly, a non-existing Presidential Standing Committee On Private Jetties got a budgetary allocation of N50 million.

Another curious budget headline was the Nigeria/Niger Joint Commission For Cooperation On Transportation (Rail,Road, Maritime) and Trade Facilitation which got sum of N50 million in the 2022 budget.