Association of Nigeria Licensed Customs Agents (ANLCA) said that the Nigeria Customs Service (NCS) is responsible for 50 per cent drop in the nation’s imports. 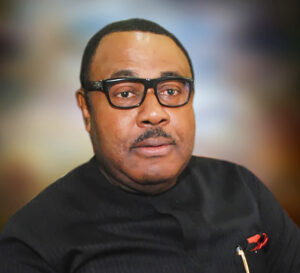 National President of the association, Mr Tony Nwabunike, stated this on Tuesday at the its National Executive Council (NEC) meeting in Lagos. He said the level of importation has dropped drastically by about 50 per cent lately as a result of the high handedness of the present management of the NCS.

He said there is urgent need for the members of the NEC to seek audience with the Federal Government, through the Federal Ministry of Finance before things get out of hand.

According to him, “NEC should immediately call for the reorganization of the Nigeria Customs Management team to revamp the ailing economy or we advise the Federal Government to shop for a vast, trained seasoned officers to lead the Service out of the present quagmire.

“The 2021 World Bank Logistics Performance Index is a pointer to the fact that this present management team lacks idea, professional and technical knowledge to move our economy forward. Every developing nation like ours has continued to utilise the COVID-19 backlash positively to move their economy forward.

“We also insist that the management should give us the Standard Operating Procedure that will be used on implementation and operations of the newly acquired scanners before it is bastardized. We noticed the one released about few hours ago and our Policy and Strategic Committee is hereby mandated to study it and report back to the NECOM,” he added.

“At the meeting, we were able to gather that, there has not been any increase in the last five years despite the fluctuation of the Naira and above all, it will interest you to know that the Federal Government has continued to collect their cargo throughput in Dollars.

“Meanwhile, government refuses to access them with official rate. The various concessionaires often sourced for the Dollars at the open market/black market to pay to the Federal Government,” he said.

He said NCS management team has shown not to be a professional institution hence the ailing economy will continue to be in comatose.

“This is courtesy of her intention to only generate revenue, arm twist Nigeria importers by slamming them with frivolous demand notices and arbitrary jack up of Pre-Arrival Assessment Reports (PAAR) indiscriminately which negates all international and National Regulations like GAAT, Article Vii and Valuation Act 20 of 2003, respectively,” he said.