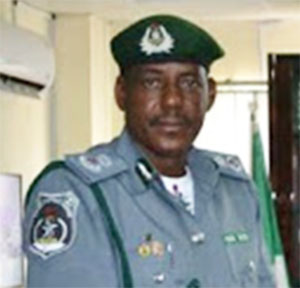 The Customs Area Controller, Comptroller Bello Jibo, said this in a statement issued by Mr Hussein Abdulahi, the Spokesman of the Command, on Thursday.

Jibo said the interception was made on Jan.12.

He said that the development was in continuation of the command efforts to suppress smuggling of the petroleum products within the area.

“The men of the command on a routine patrol along the creeks within Seme and Badagry intercepted another large quantity of petroleum products in sacks.

“After the successful evacuation of the said item to the Command premises where examination was conducted, 1, 005 jerry cans of petroleum products (30 litres each), equivalent to 30,150 litres were discovered,” he said.

Jibo, while showcasing the seizure commended the doggedness, patriotism, dedication and high level of professionalism exhibited by his men.

Read Also:  Importer Arraigned For Over N264m Fraud In Kaduna

He said that the new Land Cruiser patrol vehicles (Buffalo) provided by the management of the NCS had aided the operation of the Command.

“Before now, some of the creeks and beaches are not accessible but now with the aid of these Buffalo vehicles, we are able to access everywhere.

“We thank the Comptroller General of the NCS, retired Col. Hammed Ibrahim Ali, and his management for equipping the Command with operational tools.

“In as much as the smugglers continue with their unpatriotic acts, our men are ready to match them and seizures of 30, 150 litres of petrol is a routine activity in which the tempo will be sustained,’’ he said.