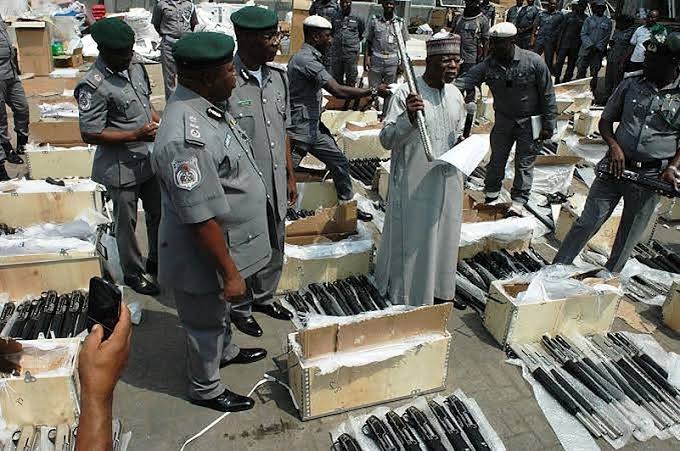 The Comptroller, Ibrahim Muhammad, said this on Wednesday in Port Harcourt.

He said that the consignments consisted of four containers with 2,965 gallons of vegetable oil.

“Upon credible intelligence, some contraband was uncovered and investigation showed that the containers were largely vegetable oil concealed in ceramic tiles, and some home appliances.

“In view of this, the four containers are thereby seized, investigation is ongoing, we know the agents are licensed and customs have control over their operations.

“A case of seizure has been appropriately reported while we await further report as soon as investigation is concluded,’’ Muhammad said.

The Comptroller also said that 481 Bales of second-hand clothings, 700 packages of Machetes and 107 packages of shovels also made the list of seizures.

He said that while some of the items like the vegetable oil and second-hand clothes were contraband, shovels and machetes were detained pending provision of an End-user-certificate from Office of the Security Adviser, especially considering sensitivity to the forthcoming general elections.