Home » CVFF Is A Scam, We Are Tired Of Talking About It – Ship Owners

CVFF Is A Scam, We Are Tired Of Talking About It – Ship Owners

Ship owners have again lamented the non-disbursement of the Cabotage Vessel Financing Fund (CVFF); This is even as they described the CVFF as a scam, owing to the issues surrounding the ownership of the fund. 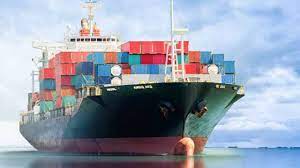 You will recall that to address the lack of capacity among indigenous ship owners in Nigeria, the CVFF was inserted into the Coastal and Inland Shipping Act of 2003 otherwise referred to as Cabotage Act 2003, in order to provide funds for vessel acquisition amongst indigenous operators.

The source of the fund is a two per cent contribution by indigenous ship owners from every contract executed in the nation’s waters.

The collection and disbursement of the CVFF is backed by the provisions of Section 42(1)-(2) of the Cabotage Act 2003, which aims to promote the development of indigenous ship acquisition capacity by providing financial assistance to Nigerian operators in domestic coastal shipping.

Since 2003, indigenous ship owners have looked forward to the day the CVFF will be disbursed. With foreign shipping companies flouting the nation’s Cabotage regime at will, the disbursement of the CVFF to indigenous operators was expected to increase indigenous capacity to a level that allows for competition with their foreign counterparts.

However in 2021, during a maritime event in Lagos, the immediate past Minister of Transportation, Rotimi Amaechi, told the audience at the event that the Minister of Finance, Zainab Ahmed, during a Federal Executive Council (FEC) meeting, said the CVFF does not belong to indigenous ship owners, but a government fund meant to be used for public project. The Minister then directed the indigenous ship owners to write a protest letter to that effect

Also cautiously toeing the line of the Minister of Finance, the Director-General of Nigerian Maritime Administration and Safety Agency (NIMASA), Dr Bashir Jamoh, during a briefing with maritime journalists wondered why somebody would claim ownership of a fund and still want to borrow from such a fund.

Although the ship owners had in 2021 put up a letter agitating that the funds do not belong to the public but for them, however since 2021 there seems to be graveyard silence regarding the state of the fund.

But, in a chat with our correspondent last week, a member of the Nigeria Indigenous Ship owners Association (NISA) Mr Ayorinde Adedoyin lamented the uncertainty surrounding the CVFF; this is even as he said the CVFF seems to be a scam, adding that some people are using the fund for their own benefits.

According to him, “this whole thing looks like a scam to me because we have not been able to really define who owns the fund, is it the government or ship owners?

“Who is benefiting from the CVFF, is it the CBN or the banks who are using the money, these are things we should know, but with time I am very sure all these will be made open”, he said.

Also in a chat with our correspondent, the President of the Shipowners Association of Nigeria (SOAN) Dr. Mkgeorge Onyung said there is no update regarding the state of the fund. He lamented that with the minister having resigned, another Minister ought to have taken over that would have been brief as regards the state of the fund.

“With the Minister haven resigned, one would have expected that by now that another minister would have been able to engage another minister, I don’t know if handing over notes has been done, but presently all I can tell you is that we are yet to hear any update as regards the CVFF” he said.