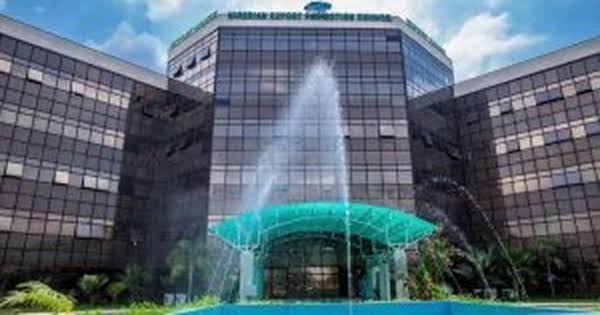 The Executive Director/CEO of NEPC, Dr Ezra Yakusak said this last weekend in Abuja while presenting the non-oil export performance for year 2022 to newsmen.

According to Yakusak, this represented an increase of 39.91 per cent over 2021.

He said that the figures represent data collated from the various Pre-shipment inspection agents appointed by the Federal Government under the Pre-shipment Inspection Act, 2004.

According to Yakusak, the result is the highest value ever achieved since the establishment of NEPC 47 years ago.

He said this current result lends credence to the fact that the several export intervention programmes initiated and executed by the Council and other sister agencies during the year under review were gradually yielding the desired result.

“About 214 different products ranging from manufactured, semi-processed, solid minerals to raw agricultural products were exported in 2022.

“Of these products exported, Urea/Fertiliser topped the list with 32.87 per cent.

“The emergence of Urea/Fertiliser as the highest exported product in 2022 can be attributed to the Russia-Ukraine war which created an avenue for Nigeria’s Urea/Fertilizer to thrive.

“It is worthy to note that our products were exported to 122 countries with Brazil recording the highest import value of 12.27 per cent,’’ he said.

Giving a breakdown of the non-oil performance, Yakusak said that 1,172 exporters participated with Indorama-Eleme Fertilizer and Chemical Limited taking the lead with 23.25 per cent.

“The month of December recorded the highest export value of 10.37 per cent,’’ he said.

The NEPC boss, however, regretted that of the top 10 importers of Nigerian products, no African/ECOWAS country made it to the top 10.

“We at the NEPC are working assiduously to change that trajectory particularly in the wake of the Africa Continental Free Trade Area (AfCTA).

“The establishment of the Export Trade House Lome, the solo exhibition in Gambia, participation at the Lome International Trade Fair are deliberate initiatives aimed at boosting non-oil export within the ECOWAS sub-region.

“Put differently, there is the need to increase intra-African trade given the huge opportunities and benefits therein,’’ he said.

Yakusak further said that the non-oil export of Nigerian products was gradually diversifying from its traditional agriculture exports to semi-processed/manufactured products.

“This is buttressed by the fact that out of the product group exported, agricultural products topped with 30.12 per cent

“Semi processed/manufactured products 36.61 per cent and precious stones 17.06 per cent and others 13.21 per cent,’’ Yakusak said.