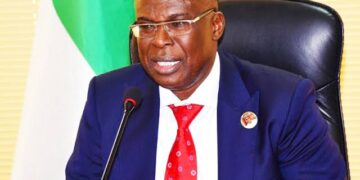 This according to him is to ensure energy sufficiency in Nigeria.

Sylva, who said this at the 16th Edition of the President Muhammadu Buhari Score Card Series in Abuja, said stringent measures had been put in place to tackle the menace.

Syiva said part of the nine mandates, which the ministry had made tremendous progress on included completion of gas flare commercialisation programme,  increment in crude oil production to three million barrels per day.

Other mandates according to him are, reduction in the cost of crude oil extraction by at least five per cent, agressive promotion of passage of the Petroleum Industry Bill and  Deep Offshore and Inland Basin Production Sharing Contract Amendment.

He further said others were, “working with private sector operators to increase domestic refining capacity, collaboration with private sector to create many well-paying jobs and implementation of a strategy toward taking 100 million Nigerians out of poverty.

On some burning issues in the industry such as petroleum product supply, establishment of modular refineries and rehabilitation of existing refineries, Sylva said tremendous progress had been made.

On subsidy regime, the minister said subsidy was not sustainable.

He said removal of subsidy would go a long way in freeing funds for other developmental projects that would lead to the growth of the country.

The minister said the ministry was committed to delivering  a  thriving oil and gas industry, while ensure an enabling environment to improve the oil and gas value chain driven by modern technology among others.