The Federal government has urged International Oil Companies (IOCs) to prioritise the welfare of maritime workers and as well obey rules and regulations of Nigeria. 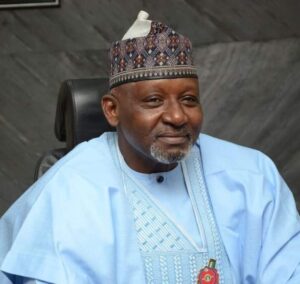 Speaking on Friday during the end-of-year dinner of the Ship Owners Association of Nigeria (SOAN), the Minister of Transportation; Engr. Muazu Jaaji Sambo, who was represented by the Permanent Secretary in the Ministry; Dr. Magdalene Ajani, asked the IOCs, to “play by the rules.”

She stated that it is unfair for the IOCs to decide how they want to do business in the country despite the constitution and rules of the country.

She added that the welfare of the maritime workers must be prioritized, informing that there has been a lot of mediation and intervention this year, just to ensure that the Maritime Workers Union of Nigeria (MWUN) don’t go on strike.

The Permanent Secretary consequently urged the oil companies to follow the footsteps of ship owners in Nigeria, even as she affirmed that ship owners have respect for the maritime workers.

According to her, “it is unfair for you to decide how you want to do business with my country despite the constitution and rules of my country

“Some of us may not be able to keep silent over it as long as you run contrary to what my country says in doing business.

Speaking further, she said: “We want to have a good relationship, we want to support you to get the best of your business, but you should also consider us that are providing services for you.

“More importantly, you need to prioritise the welfare of maritime workers, because in this year alone, we have done a lot of mediation just to make sure that they don’t down tools.

“So, please, IOCs, NNPC, kindly follow the footsteps of SOAN that tries to make sure that the welfare of maritime workers is prioritised.

“As we move into 2023, let’s have a cleaner working relationship with the Federal Ministry of Transportation.” she said.

He stated that there is no shipping country that is thriving without the government.

Highlighting some of the support by the agency to ship owners the NIMASA DG disclosed that the pursuit of incentives for the ship owners yielded government’s approval last year of the first batch of fiscal incentives that gives zero duty for imported new ships, while older ones attract higher duty.

He added that the second is a monetary incentive from the Central Bank of Nigeria (CBN), which guarantees the needed Forex at official rate from the CBN, rather than at the exorbitant black market rate.

He however lamented that neither of the incentives has produced any vessel so far. But he said with the recent approval for the disbursement of the Cabotage Vessel Financing Fund (CVFF), those interested should liaise with Alhaji Aminu Umar, so as to help to build fleet for the nation rather than quarrel over the actual amount accrued so far.

“So, I try as much as possible to weigh the kind of assistance the Nigerian Government can offer the ship owners in the environment they operate in.

“Foreigners out there are milking the country because they have the capital and can come into the country and claim that Nigerians don’t own ships and then make this money and take it out of the country”, he stated.

“It is high time we came together and ensure we benefit from what God has given us, and stop foreigners from taking even the coastal trade”, he advised.

He assured that, “now that disbursement approval has been secured, there will be transparency and merit in the process of disbursement,

“Anyone getting this fund will get it on merit, mutual understanding, and based on the agreement with the bank and NIMASA”.

Jamoh further dismissed the fears that the CVFF was being diverted to other projects, or not being fully declared. According to him, “in terms of the amount in the CVFF, public funds are statutorily subjected to audit every year, and the CVFF is not exceptional. It is subject to Auditor-General’s audit, FMoT audit and external auditors’ audit, so it is open.

“Instead of fighting to see the balance, concentrate on seeing how we can disburse what is available, increase our fleet and benefit from this trade that is very precious.

“Without ships, there is nothing we can do. We have a deep seaport at Lekki. If ships don’t go to that port, that port is useless. If Nigerians have ships, today they will be there.

“Most of us were here when Onne Port was built, but it did not come alive until the first ship went there, and then ship owners started knowing that this is a place to go to.

“All the investments at Lekki deep seaport will be useless if ships do not go there. So, why don’t we put heads together, get the funds, acquire the ships and make our own ports lively instead of struggling to quarrel and fight? If you say you money is 10,000 and somebody says no, it is 5,000, collect the 5,000 and follow him to collect the balance of 5,000” he said.

Earlier in his welcome address, SOAN President, Dr. MkGeorge Onyung, commended NIMASA and the Nigerian Navy, saying that without peace, safety, security, calm, nothing can work.

He also thanked NIMASA for getting the NNPC to allow indigenous vessels to work in the industry, thereby changing the narrative of past decades when only foreign companies were working for Nigeria.

“Now our members are in that contract and are trying to settle down, in spite of the hiccups, and in the end, we will be able to benefit from the ocean.”

Onyung urged members to cooperate and ensure that the CVFF is drawn down to them to enhance the nation’s economic prosperity through non-oil export.