India passed a Bill to provide an effective legal instrument to combat maritime piracy. The Bill provides for stringent punishment to those convicted of such crimes. 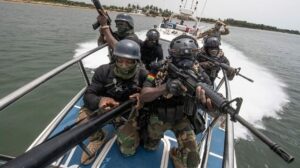 As he explained, the security of sea lanes of communication is critical as more than 90% of India’s trade takes place by sea routes and more than 80% of the country’s hydrocarbon requirements was sea-borne.

The Bill also addresses the issue of death penalty as an “exceptional case” and the quantum of punishments envisaged are in line with the gravity of offences.

In the absence of a specific law or a legal provision in the Indian Penal Code or the Criminal Procedure Code on piracy, this Bill would provide an effective legal instrument to combat maritime piracy. It would enable us to discharge our obligations under the UNCLOS which we had signed in 1982 and ratified in 1995

As Minister S Jaishankar further added, said between 2008 and 2011, there have been 27 maritime incidents in which 288 Indian nationals were involved. Between 2014 and 2022, there were 19 piracy cases in which 155 Indian crew members were involved.

Regarding suggestions about having a standard operating procedure for better enforcement, the minister said the suggestion is well taken as it would help in its enforcement. He said designated courts will be set up in consultation with the Chief Justice of India.

In similar news, six months after the UN Security Council adopted a text compelling Gulf of Guinea countries to criminalize piracy and armed robbery at sea, Cameroon adopted a law to tackle piracy and improve safety of maritime navigation within its waters.

President Paul Biya signed the law on December 27, making Cameroon the second country in the region to launch such a legal framework on suppression of piracy and maritime offenses. The first one was Nigeria, which adopted a similar law back in 2019.