The Minister of Niger Delta Affairs, Mr Godswill Akpabio, has underscored the need for stakeholders in the oil and gas sector to create an enabling environment towards forestalling damage to oil and gas infrastructure. 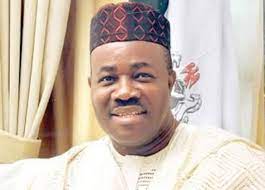 Akpabio said this at a Town-Hall Meeting on “protecting oil and gas infrastructure”, organised by Federal Ministry of Information and Culture in Abuja.

He noted that the destruction of oil and gas facilities by vandals had impacted negatively on lives of inhabitants of the region.

He said a report had it that about 16,000 young people between the ages of one and 15 die annually as a direct result of this pollution, occasioned by vandals’ activities.

“If this is happening in Niger Delta region, you can imagine the economic and manpower loss to the nation in future; future leaders are being exterminated as a result of what we are discussing.’’

According to him, the meeting to a large extent, complements efforts of the ministry to stem the tide of these destructions of oil and gas infrastructure in the Niger Delta region.

“This is a very eventful gathering towards ensuring our country’s social economic survival and it is timely.

“And for us stakeholders, it is a rare opportunity to dialogue and deliberate on core issues that affect the overall interest of Nigeria.

“The Niger Delta region like you know is rich in oil and gas rich, and has an estimated population of about 31 million people as at 2005 and that accounts for about 23 per cent of Nigeria’s total population.

“The population density in the Niger Delta region is among the highest in the world with about 265 people per a square kilometer, according to NDDC data in 2008.”

He noted that the region had witnessed alarming youth restiveness in the recent past as a result of agitations for government, saying that multinational companies dealing in oil and exploring gas in the region should pay more attention to the development of the area.

“There are several militant groups and ethnic nationals whose activities and protests impacted negatively on the economy, lives of inhabitants of the Niger Delta region in particular and the nation at large.

“To avoid this situation, the Federal Government created the Ministry of Niger Delta Affairs to formulate and implement policies for the development of the region.’’

He further said the ministry had several engagements with the community leaders and other stakeholders in the region since its inception.

“And some of these initiatives have resulted in the desired peace and progress in the region and the stoppage of vandalism of oil and gas infrastructures.