The Nigerian Navy Forward Operation Base (FOB) at Ibaka in Akwa Ibom, has nabbed three suspects with 4,750 litres of products suspected to be Premium Motor Spirit (PMS). 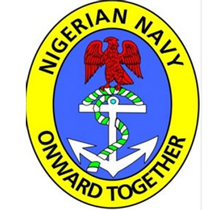 Lt.-Cdr. Daniel Onyemaeze, the Base Operating Officer said on Thursday in Ibaka that the suspects were arrested on Monday on Effiat waterways in the state.

Onyenaeze who handed over the suspects to the Nigeria Security and Civil Defence and Corps (NSCDC), said the the navy also impounded the wooden boat used to transport the PMS.

“This morning the FOB Ibaka is handing over 19 drums of product suspected to be PMS to NSCDC.

“They were intercepted by our personnel in FOB Ibaka during our routine patrol of the waterways, in inline with the mandate of Chief of Naval Staff to curtail illegal activities and criminal activities in the waterways,” he said.

Onyemaeze warned against illegal oil bunkering and other criminal activities, saying that the navy would track, arrest and ensure the prosecution of those involved.

Candidi Odo, a Corps Superintendent, who received the suspects and exhibits on behalf of the NSCDC, commended the navy for its successes in reducing illegal activities on Nigeria’s maritime waters.

“We express our gratitude to the Nigerian Navy, FOB Ibaka for the cooperation that has existed between the Navy and NSCDC; I urge you to continue with the good work.

“We promise that we will never fail in carrying out further investigations and prosecution of the suspects,” Odo said.