The Minister of Defence, Maj.-Gen. Bashir Magashi (Rtd), on Thursday said that the Nigerian Navy would need researched publications to significantly enhance effectiveness in the formulation of maritime strategy in the Gulf of Guinea. 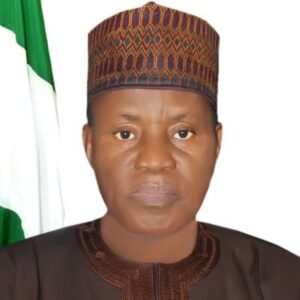 According to Magashi, the publication is apposite as it comes at a time when our nation and the entire globe is faced with a myriad of asymmetric security threats.

“With the launch of the Deep Blue Project and other efforts to enhance security in the Gulf of Guinea, intellectual discourses and thoroughly researched publications such as this are significant.

“This will significantly enhance the Nigerian Navy’s effectiveness as the vital agency in the formulation of maritime strategy and lead organisation for maritime domain awareness and maritime security.

“The Armed Forces and the Nigerian Navy in particular will, therefore, be required to creditably engage in military policing duties and projection of national power at sea enabling diplomacy and fostering national pride,” he said.

The minister described that the author of the publication as an accomplished naval veteran with decades of distinguished military service involving numerous domestic and international engagements at sea and on shore.

“My personal interactions with the author dates back to my tenure as the Commander, Nigerian Contingent in ECOMOG where he served in the Naval Task Force.

“Rear Adm. Akpan (rtd) also served as the Commander of the Naval Unit, Abuja, while I commanded the Brigade of Guards.

“The book is a product of decades of professional and intellectual military experiences. Therefore, I endorse the author’s capacity to engage objectively within the domains of military leadership, strategy and maritime security,” he said.

Magashi said that the publication would serve as a useful resource hub and credible repository of information on leadership and maritime strategic thought for students of military leadership, strategy and maritime security.

“I, therefore commend this laudable effort and encourage others to emulate same by contributing their quota to national security and development through literary works.

“I commend the support of President Muhammadu Buhari for all scholastic and other efforts aimed at enhancing national defence and security,” the minister said.

The Chief Of Naval Staff (CNS) Vice Adm. Awwal Gambo, said that the publication was an informative and authoritative book that historically documented issues surrounding the surveillance systems and maritime security within the country.

“It highlights pressing issues in the maritime environment including suggesting and recommending steps, approaches and processes in ensuring that the sovereignty of the nation remains firm and unthreatened in the ocean.

“The objective of this book is to inspire fundamental changes in attitudinal approach to training and reconcile the symbiotic relationship among training, education and experience,” he said.

Gambo said that the book would help develop leaders that could readily meet the challenges of the 21st Century.

“This will help them explore viable funding options for effective transformation of the Nigerian Navy as well as advocate cooperation with other agencies and institutions to achieve the nation’s maritime objectives.

“Furthermore, it will inspire the development of effective strategies to the twin evils of piracy and terrorism in our waters, amongst others.

“Relatedly, ‘An Admiral’s Compass’ offers a roadmap for solving pertinent issues that continue to plague the Nigerian Navy,” he said.

The CNS said that the naval space needed more authoritative and informative books like ‘An Admiral’s Compass’ given the constant need to beef up security strategies.

“Writing a book is no mean feat especially for a delicately poised subject like maritime security.

“I must commend the author for putting together series of proven strategies that he garnered in a career that has spanned decades.

“I am convinced that the book will serve as a viable reference material for academic research and I recommend it as a worthy companion for every naval officer,” Gambo said.

The author, Rear Adm. Akpan (rtd), said that the book sought to promote cooperation between the navy and maritime stakeholders for a desired maritime conducive environment, for the economy to thrive and develop.

“It is to set the course for those who will be responsible for leadership nationally or in the service and those who will manage the various maritime organisations.

“The new way and direction in the 21st Century is the blue economy, and the navy is the institution that we all fall back on when we have maleficent at sea.

“To be able to drive the blue economy, we must have an enabler environment which can only come about when we cooperate with each other,” the author said.