Home » Nigeria To Lead Other Countries In Harnessing Blue Economy

Nigeria To Lead Other Countries In Harnessing Blue Economy

The Minister of Transportation, Mu’azu Sambo, has given assurance that Nigeria will take the lead among African countries in harnessing the abundant resources of the blue economy for her benefit. 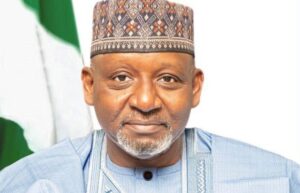 The Minster who disclosed this when the Secretary-General, International Seabed Authority, ISA, Michael Lodge and his entourage paid him a courtesy visit on Thursday in Abuja, said that it has become a challenge as out of the 12 exploration projects in developing countries around the world, none is in Africa.

While acknowledging that the resources in the sea far outweigh those on land, the Minister said the country is lucky to have an organization like ISA to help it explore and exploit its untapped blue economy.

Regarding the workshop, Sambo advised that the outcomes should be escalated to the President and the National Assembly to accord it priority attention.

Also speaking, the Secretary-General, ISA, Michael Lodge informed that the workshop is to “create awareness in Africa and hopefully at some point in future encourage African States and investors to look at the possibility and participate in deep-sea exploration as they only look towards the lands”.

He believed that the resources of the deep blue should be enjoyed by all and not just the rich and technologically advanced countries.

Earlier, the Ambassador to Jamaica and Nigeria’s Permanent Representative on International Seabed Authority, Dr Maureen Tamuno, thanked the Minister for providing enabling environment for the workshop to hold and for providing access to enable them visit the Maritime Academy, Oron, Akwa Ibom State to assess its readiness to provide required competences for future activities in the deep seabed sector.

Meanwhile, the Vice President Yemi Osinbajo has advocated for the protection of Africa from economic exploitation of sea-based minerals and adverse agreements in that global sector. 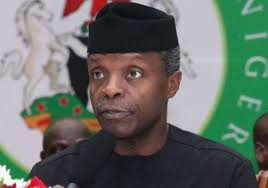 Osinbajo’s spokesman, Laolu Akande, in a statement on Thursday in Abuja, said vice president received on a courtesy call at the Presidential Villa, a delegation from the International Seabed Authority (ISA).

The delegation was led by its Secretary General, Mr Michael Lodge.

The ISA is an autonomous international organisation established under the 1982 United Nations Convention on the Law of the Sea (UNCLOS).

Osinbajo said that as the regulations were being negotiated, ways by which African countries could be protected from economic exploitation and from adverse agreements and terms must be the focus.

“Especially because very frequently the technical skills that are required and the technology are almost invariably imported.

“This is something that I hope you will pay some attention to as you develop regulations around the industry.

On the ongoing ISA meeting in Abuja, Osinbajo said that the conference would help Nigeria a great deal to focus its minds on paying more attention to what it was trying to do on the deep blue project.

He said that the country had spent a fair amount of time trying to conceptualise its interventions in the Blue Economy.

“I am happy that we (Nigeria) are important contributors to ISA and that it is very well represented and that Africa is the focus given the fact that it has not had that much of contribution in seabed exploration.”

“We need to pay more attention to technology, how to do this more ourselves, because, clearly, one of the problems we found partly with some of the IOCs is that they are not able to negotiate the very best terms especially given the nature of offshore exploration,” he said.

Earlier in his remarks, Lodge expressed gratitude to the Nigerian government for hosting its workshop in Abuja and commended the country’s long-standing support to the organisation spanning over two decades.

Lodge urged Nigeria and all Africans to explore the unlimited resources in the seabed.