Says it will monitor distribution electronically

The Nigerian National Petroleum Corporation, (NNPC) on Wednesday, confirmed the claim by the Nigeria Customs Service that Nigeria’s subsidised petrol was being smuggled out of Nigeria in large quantities. 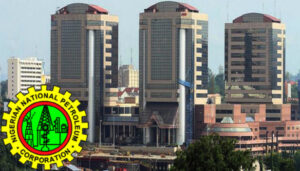 It, however, rejected the proposal put forth by the Customs on how to stop the illegal business.

The Group Managing Director of the NNPC, Melee Kyari, while noting that smuggling of petroleum products is almost impossible to stop, disclosed that President Muhammadu Buhari, has ordered involvement of security and anti-graft agencies in the war against the economic sabotage.

Kyari said these in Abuja on Wednesday at the ongoing public hearing organised by the House of Representatives Committee on Finance on the 2022-2024 Medium Term Expenditure Framework and Fiscal Strategy Paper.

The Controller-General of the NCS, Col. Hameed Ali (retd.), had while appearing before the same committee on August 16, 2021, said petrol was being smuggled out of Nigeria in large quantities after it had been subsidised by the Federal Government.

Chairman of the committee, James Faleke, on Wednesday asked the GMD to confirm if the NNPC monitored the volume of product imported, distributed and consumed on a daily basis in the country.

Kyari said, “Yes. There is a single point of import, which is the NNPC. And the evacuation data is coming from the records that we receive from the PPPRA.

“I can confirm to you that anytime we supply less than 60 million litres per day – average – consecutively for two weeks, we will see shortages coming on the streets. Sometimes, it is not visible to the public but we see the constraint and we take necessary actions to close those gaps.

“Without any contradiction, the oil that we import into this country gets everywhere. It is found in many West African countries. It goes as far as Sudan; we have records to show this.

“It is found in many countries that are proximate to us but as far as the Central African Republic. This is very true. In addition to this, once you have a situation of price arbitrage, everything can happen. And I can confirm that it is very difficult to contain it.”

He added, “Mr President has personally directed me to take every step possible to make sure that we contain the issues around cross-border smuggling; issues around early pilferages in the depots and any involvement of anyone to get this resolved.

“With the best of action and the best of intention, you will still have a challenge containing cross-border smuggling. As you are aware, we have up to 3000 kilometres of land borders.

“In many of the locations, they practically don’t exist; you don’t need to ply the road to cross into another country. That is the reality. I need your help to contain this but the reality still remains that we are supplying everyone else.”

Faleke also asked the NNPC GMD about the advice given by the Customs boss that the NNPC and private Nigerian investors should establish fuel depots and stations in the neighbouring countries to check smuggling.

Responding, Kyari stated that the NNPC had been skeptical to invest in the potentially ‘bad business’, adding that fuel smuggling would be addressed by the full implementation of the Petroleum Industry Act, which would end the present subsidy regime.

He said, “I have also seen the recommendation by the CG of Customs, that we should go and establish fuel stations across our borders to curtail smuggling. The people who are smuggling are not looking for officially priced petroleum products, unfortunately.

“So, when you go ahead, across the countries, and establish fuel stations…except you are going to see it at N162 (per litre), then everybody will come to you. As long as you are going to sell at the market rate…it is the same reason that is bringing them here to smuggle.

“We have thought of this; as a matter of fact, we are already engaging the national oil company of Niger in particular to establish NNPC Retail fuel stations in the country, but we are also conscious of the very fact that it can be a bad business because you are going to compete with the people who are coming to collect (and smuggle).”

He added that at the moment Nigeria exited the regulated environment, smuggling would be curtailed.

The Group Managing Director of the NNPC however said that the corporation would henceforth employ electronic to monitor fuel distribution across the country.

This, the GMD said was in a bid to check the activities of smugglers

He said that there was an ongoing initiative to put electronic monitor on tank and fuel stations that would monitor the distribution of fuel in the country.