Petrol Subsidy Will Be Removed Soon–Minister

Minister of State for Petroleum Timipre Sylva, has said subsidy on petrol will soon be withdrawn. The minister told reporters last week that there is no going back on the decision because the government can no longer afford it. 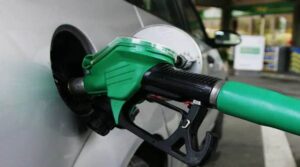 Sylva explained that although withdrawal of subsidy will be painful initially, it will pay off for the poor in the long run.

According to him, the present arrangement favours a few rich individuals and firms.

Labour had described the plan to remove subsidy as an attempt to punish the people for government’s inefficiency.

The Lagos Chamber of Commerce and Industry (LCCI) said although desirable, government needs a stable policy in the petroleum industry.

The minister lamented that but for the provision of cash from signature businesses from Marginal Oil fields by the Department of Petroleum Resources (DPR), the shortfall in remittance into the Federal Account last month would have been unbearable for the Federation Account Allocation Committee (FAAC).

Not forthcoming on the actual augmentation figure and how long the DPR will continue to intervene, Sylva said: “I cannot say exactly what the figure is. I will have to check with the DPR to get you the figure. Of course, you know that the DPR has always contributed to the federation revenue because they collect royalties and so on.

“But as to filling the gap, it will not always be there, it is not as if the Nigerian National Petroleum Corporation (NNPC) has said that after last month, they will not be able to. You may not know when next they will announce it. So, you cannot say that they (DPR) will continue to fill in the gap.

“NNPC announced that they could not make contributions to FAAC and the DPR came to the rescue.

“Luckily, the DPR was in the position to step in and the marginal field revenues were used to fill the gap.

Sylva added: “Labour and the Federal Government are not on different pages. Even Labour understands but what we have agreed is that we need to have an alternative and the process of putting it in place is what is ongoing.”

The minister, who spoke to reporters in Abuja, said: “Subsidy removal will come with some pains but the question is, can we continue with petroleum subsidy as a country? If we cannot continue, what options do we have?

Now, can we carry on with subsidy if you consider the amount of money swallowed by subsidy? If you want to carry on with subsidy, how do we get the money to fund it? The best way out is to take out subsidy because if we don’t, we will continue to beg the question,” he said.